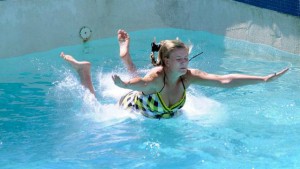 Take Walmart in the United States. Five years ago, when everyone in the public sector was still focused on making restaurants add calorie counts to their menus — which it turns out doesn’t work — the company decided to launch a healthy eating initiative of its own design.

Instead of pinning their hopes on numbers-based nutritional labels, Walmart designed a simple front-of-package ‘Great for You’ logo to be attached to a small number of food items.

It also reduced prices on fresh fruits and vegetables and reformulated recipes for some of its home brand products to reduce sodium and sugar content.

These were great, innovative ideas — and it turns out they don’t work either.

According to a new study, the initiative had no effect on the ongoing shift toward healthier eating that has been observed among Walmart customers since 2000. Calories, sugar density, and soda consumption were already trending down. The healthy eating initiative did not make them trend down any faster.

Walmart should not be criticised for this. It’s good that they tried something new, and a failure can teach you as much as a success — if you are willing to learn from it.

Unfortunately, the public health academics behind the evaluation study would prefer to double down: “These results suggest that food retailer-based initiatives … may not suffice to improve the nutritional profile of food purchases. More systemic shifts in consumers’ characteristics and preferences may be needed.”

If obesity prevention programs are really about evidence and not an ideological commitment to the nanny state, it would make sense to get things right at the ‘retailer-based initiative’ scale before attempting something ‘more systemic'” But that’s a big if.