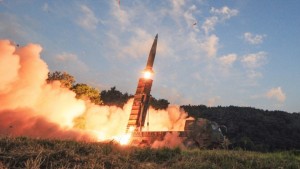 Is today’s emerging regional terrain more volatile than the late 1940s and 1950s when our leaders faced the challenges of decolonisation, communism and Asian nationalism?

How often do you hear pundits and politicians insist that what is happening now, and to us, is of unprecedented significance? That the world is the most uncertain and unpredictable in living memory, or that our politics has never been more polarising and partisan?

When people place too much emphasis on what seems to be relevant to the here and now, and fail to put contemporary events in a broader historical context, they are giving in to what the influential University of Sydney philosopher John Anderson called “the parochialism of the present”.

The government’s foreign-policy white paper is due any day, and it is a fair bet the authors will tell us that global politics has never been more volatile in the post-World War II era. And it’s true there are “gathering clouds of uncertainty and instability,” as Malcolm Turnbull has identified: the rise of China, the spread of Islamic terror, the nuclear intransigence of North Korea, the creative destruction of the global digital economy and the re-emergence of populism culminating in Brexit and Donald Trump’s election a year ago.

But is this new era unprecedented?

Is today’s emerging regional terrain more volatile than the late 1940s and 1950s when our leaders faced the challenges of decolonisation, communism and Asian nationalism? What about the 1960s when south-east Asia was the most unstable and violent region in the world? Or when the Cold War world was poised on the knife-edge of a nuclear disaster?

How about the late 1960s when Britain withdrew its military presence from east of Suez and President Richard Nixon warned that US allies would assume responsibility in money and manpower for their security?

Those decisions, as historian James Curran has documented, led to a widespread sense of anxiety and abandonment across Australia. Newspaper headlines screamed “Waken to our peril.”

Remember the late 1980s and early 1990s when we were told that the fall of the Berlin Wall and collapse of Soviet empire heralded “the end of history”? Ah, those were the days! But they were also “the most uncertain of times,” according to then foreign minister Gareth Evans.

Is today’s strategic uncertainty more volatile than the early 2000s when the September 11 and Bali terror attacks apparently marked the beginning of a new era? The world, we were told, would never be the same again.

Bear all this in mind when you hear people insist we are living in the most uncertain era of international relations in living memory. As the Greek philosopher Heraclitus said: “All is flux, nothing is stationary.”

A corollary to this argument is that our political scene is inordinately partisan and polarising, even as the tribal two-party system disintegrates. There is no question that social-media lynch mobs coarsen the public debate, our political culture is increasingly poll-driven and prospects for a new round of productivity enhancing and wealth-creating reforms are low. All true.

But there is much to question when political scolds decry the “unprecedented” negativity of politics or the extremely dire state of public affairs. Political vitriol is a familiar enough characteristic of Australian history.

As the Greek philosopher Heraclitus said: All is flux, nothing is stationary.

Have you heard about the acrimonious battles over conscription in 1916-17 that led Billy Hughes to abandon Labor and join forces with the conservatives? Or the right-wing New Guard plan to kidnap Jack Lang in 1932 and hold him in jail until he resigned? The NSW premier’s dismissal prompted near riots in Sydney and another Labor-party split.

Don’t forget the vicious debates over anti-communism and the Cold War that split the Labor Party (again) in 1955. Or the assassination attempt of Opposition leader Arthur Calwell over his opposition to the Vietnam conflict in 1966. Or the bitterness and rancour caused by the dismissal of prime minister Gough Whitlam in 1975.

In all cases, long-time friendships ended. Has anyone really lost a friend today over energy policy?

People fret and wail about the negativity of Tony Abbott and Bill Shorten. But have we forgotten Paul Keating’s scare campaigns against John Hewson’s Fightback! 25 years ago? Or Keating’s denunciations of Opposition MPs as “scumbags,” “perfumed gigolos” and “brain-damaged looney crims”? Or Robert Menzies’ “reds under the bed” agenda to conflate Labor with communists?

You might think Australia has only recently developed a certain bloodlust when it comes to our political leaders: in the past decade, we’ve had six NSW premiers and six prime ministerships. Never mind that, from 1966 to 1972, we had six prime ministers. Indeed, Bill McMahon knifed John Gorton in a bloody act of betrayal four decades before the so-called NSW disease affected Canberra.

What is so surprising, and depressing, is that the many people who embrace “the parochialism of the present” are seemingly ignorant of the aformentioned events, and to the enormous effect that they had on ordinary Australians. The Roman statesman Cicero saw the challenge – and danger – clearly: “To be ignorant of what occurred before you were born is to remain always a child. For what is the worth of human life, unless it is woven into the life of our ancestors by the study of history?”

Tom Switzer is incoming executive director of the Centre for Independent Studies and a presenter at ABC’s Radio National.