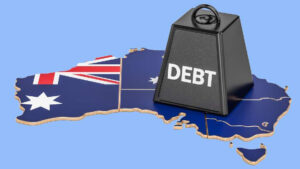 Fiscal discipline — not at its best even before the pandemic — has gone completely missing in the past two years.

Federal Treasurer Josh Frydenberg is right to say it is time to draw “clear lines in the sand” to constrain government spending and restore some normality to budget settings. In other words, rules for sound fiscal policy have been suspended and it is time to bring them back and adhere to them.

However, it remains to be seen whether Frydenberg’s statement is just a short-lived political tactic to bat away calls for free rapid antigen tests and more federal money for New South Wales. The Treasurer does not bring an abundance of credibility to this debate.

Like anyone who would have held that office during the pandemic, he was the chief political midwife to a $337 billion spending spree in which he now takes pride. It is not easy to switch from that horse to one named ‘restraint’ and look credible at the same time.

His first attempt — a pitch last year that budget repair would begin once unemployment fell decisively below 6 per cent — was stillborn, lasting only the short time it took for unemployment to do just that.

Commonwealth budgets and mid-year reviews have been ramping up spending, right up to the last mid-year review in December. As a result, spending in 2023/24 is now estimated to be $41 billion higher than when it was first estimated in 2020. This increase has little to do with the pandemic.

The fiscal outlook is further clouded by the approach of a federal election. In recent weeks, the Prime Minister has been out and about sprinkling more fiscal largesse, which sits uneasily with his Treasurer’s “lines in the sand”.

If the Morrison government is serious about curbing spending, its first line in the sand would be a rule that its election promises will add no net new spending from now on — and a challenge to the opposition to subject itself to the same constraint.

After a long period in denial, there is at least now a widening recognition that Australia has a fiscal problem. The often-stated arguments for large deficits are crumbling as the labour market tightens, the inflation beast stirs, rosy assumptions about future public debt interest costs are called into question, and the pandemic (or at least the current iteration of it) recedes.

To map a way out of the fiscal problem, governments need to understand that it is not just a function of the pandemic. It is also not just a federal budget problem, but also a state one.

Commonwealth gross debt rose from 32 per cent of GDP in 2019 to an estimated 44 per cent at the end of the current fiscal year. However, state and territory debt has also ballooned, from 8 per cent of GDP to 17 per cent. These figures provide a measure of the fiscal impact of the pandemic, but debt had already been rising for 11 years before 2019 and is expected to rise further beyond 2022. The aggregate for both levels of government was only 10 per cent in 2007 but is estimated to exceed 70 per cent by 2025.

The Commonwealth budget deficit as projected in the mid-year budget update will shrink for a few years but then remain at about 2 per cent as far as the projections go, out to 2031/32. This is all structural deficit. There is no cyclical element in it. At the state level, net operating results may squeak back to balance by 2024/25, but on the measure used by the Commonwealth, sizeable deficits will continue.

It is little comfort that deficits are expected to come down far enough to allow debt as a percentage of GDP to peak by 2024/25 and then edge down gradually. Commonwealth and state governments should be aiming for better.

Although there are always calls for more taxation, spending restraint is the key to getting deficits and debt under better control.

Revenue has held up surprisingly well during the pandemic, while expenditure has surged. Commonwealth budget spending peaked at 31.6 per cent of GDP in 2020/21 and is now receding, but is projected to bottom out at around 27 per cent of GDP, compared with 24.6 per cent immediately before the pandemic in 2018/19.

This structural increase of 2 per cent or so of GDP is unrelated to the pandemic. It can be attributed to programs such as the NDIS, aged care, child care and defence equipment.

After the global financial crisis, it was growth in a similar set of expenditure programs that made budget repair so difficult — resulting in ten years of deficits. The government to be elected in May will face a similar challenge.

Right now, it is difficult to see either the Coalition or Labor facing up to it, and the electorate seems to have little tolerance for the series of tough budgets that would be needed to extract 2 per cent of GDP from the spending base.