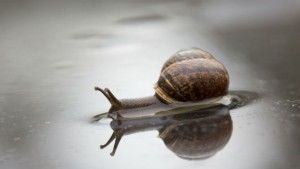 In an era of prolonged ultra-low interest rates, spending and investment has remained stubbornly sluggish across the developed world. Some have claimed this to be evidence of ‘secular stagnation’ — a long-term, or even permanent decline in economic growth.

The metric most commonly used by the public to approximate economic well-being — GDP — was dreamed up decades ago in an economy centred around the mass production of physical goods.

It is designed to measure the total consumption and investment of all goods and services in an economy based on their prices and quantity sold.

Despite its popularity, GDP has several limitations. GDP has historically struggled to be a good indicator of quality and the impact of new goods on the market. Further, thanks to a slew of recent technological disruptions, many goods can now be produced, replicated and distributed at close to zero cost — think Google, Facebook, and YouTube, whose services are provided to consumers for free.

Accordingly, the prices of these goods do not necessarily reflect the benefit provided to consumers, and their value is hence mis-measured under GDP statistics. Wikipedia, a free online encyclopaedia, is the fifth-most visited website in the world and boasts around 4.3 million entries in English alone.

Some studies have estimated Wikipedia’s consumer benefit to be in the hundreds of billions of dollars  — far in excess of the $81.9 million in revenue the company recorded in 2016.

GDP, with its focus on price and market value, fails to capture such significant gains in non-market consumption.

GDP remains the ‘least bad’ option, but in a world of increasing digitalisation, it cannot — and should not — be used as the singular metric upon which to measure the state of an economy.

It is crucial for decision-makers not to focus solely on GDP, but to take a variety of measures into account — such as real household income and net national income — to avoid misdiagnosis.

Montana Clapton is a student at the University of Sydney, and an intern in the Centre for Independent Studies Economics Program.