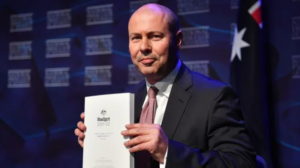 It is too early to be definitive about the political and economic consequences of the pandemic. However, one aspect seems already clear, and painfully so for those who believe true prosperity and liberty can only come with a small state that sticks to the basics of government.

It is that the excessive increases in public spending most governments in the developed world chose to make, to cushion the economic effects of closing down large parts of their economies, show alarming signs of becoming permanent. This is not necessarily in the same form as during the Covid crisis, but in new social spending that shifts yet more of the financial risks of everyday life from the individual or family to the public purse.

True, the monetarist, free-market ideas that once defined liberal and conservative governance in Australia, the UK and the US had been largely abandoned during the past decade. However, since the Covid crisis began in March 2020, there has been a renewal of the long-lapsed faith in the power of the state all across the Western world. It is fair to say this political transformation is due to cynicism rather than a genuine shift of principle.

Even supposedly right-of-centre governments, such as Boris Johnson’s Conservative and Scott Morrison’s Coalition governments, are embracing the political left’s economic credentials as interventionists and big spenders. Borrowing remains at astronomical levels. Taxes are rising, and set to rise further. And a debt-funded modern entitlement culture has taken hold, now tinged with the politics of identity and inclusion.

As the Covid crisis mounted, governments naturally took steps to keep deaths to a minimum, though with varying success. It has become clear that in our increasingly secularist society, there is a willingness to bear a very high social cost to avoid any deaths, at least from the virus. In a welfarist society, not only do many people expect the state to take the blame for any catastrophe that affects them, but it also becomes the state’s responsibility to organise the protection of individuals affected by it.

Put it another way: most Western governments decided they would suffer political damage if they did not order hardline precautions, and then compensate from the public purses those businesses and individuals affected.

The electorates in the nations where this policy has been pursued have generally approved of this growth in the power of the state. Wage subsidies and furlough schemes have been paid for large sections of the population to spend months at home. In this way, state largesse has permitted many private businesses to survive until they could reopen.

Normally, businesses should be expected to bear risks to their profitability and survival, but this is not a normal risk. Logically, it is fair that a government that orders whole sectors to stop trading — such as retail, hospitality, gyms and hairdressers — should compensate the owners and employees of such businesses for losses sustained by being forbidden to trade. If electorates believed governments reacted wrongly in making such orders (and polls suggest they don’t), they would turf them out of power at the earliest opportunity.

If anything, electorates seem determined to punish governments they feel have responded inadequately to the crisis. One Western leader who failed in this regard was Donald Trump, whose performance during the pandemic contributed to his election defeat.

Conventional wisdom holds that economies will pick up quickly and grow sufficiently strongly that the debt incurred will be worn down relative to the size of economies and tax revenues. It is also argued that, with interest rates around the developed world exceptionally low and likely to remain so for a long time, the heavy borrowing that has taken place can be cheaply financed. Perhaps. But both of these arguments are exceptionally optimistic. This is especially the case for Australia: relations with our largest trading partner continue to deteriorate and, if the past is any guide, soaring terms of trade helped by high iron ore prices will not last.

More generally, it remains to be seen just how strong or weak economic growth will be once the sugar hit of fiscal stimulus fades, as it must. The underlying performance of the Australian economy was mediocre even before the crisis, with productivity virtually staggering, and there is every reason to expect a return to those conditions in the absence of reformist policies.

Moreover, the inflationary consequences of the massive rise in borrowing and the additional money pumped into the economy are likely to mean interest rates do not stay at rock bottom indefinitely. It is little short of insanity for governments to pursue this form of extreme Keynesianism, and not to start reducing the size of the state now the pandemic is waning. Cushioning the blow of lockdowns is one thing: financing an alternative form of socialism is quite another.

The electorates currently so happy with free-spending budgets seem oblivious that the costs will continue to be paid by their grandchildren. Perhaps they should be reminded in situations such as this it is not just the super-rich and wealthy who end up footing the tax bill: it is everyone.

For the moment, governments win popularity by engaging in this high-spending, nannying management of populations. In response, these populations seem to suggest they like having others decide for them not just what they do and how they do it, but also how to spend their money.

Economic history ought to tell these governments — and those who think they are doing such a brilliant job — that the usual end result of periods of high taxation and high public spending is massive economic inefficiency, overregulation and suppressed prosperity. And that is before one even considers the effects on freedom of the individual.

It is a dark age indeed when political movements of the centre right take a cynical decision to keep quiet about such verities.