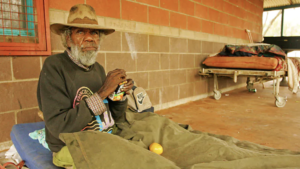 Income Management and the Cashless Debit Card (CDC) have long faced opposition from those who claim that not allowing welfare to be spent as recipients choose denies them ‘financial freedom’ and imposes unnecessary restrictions. But the issue is that this ‘financial freedom’ can fuel destructive lifestyles. And it is the responsibility of government to ensure that taxpayer money is spent on the aims of welfare — to provide the necessities of life — rather than drugs, alcohol and gambling.

On most days I visit my local supermarket I encounter a family member who is an alcoholic. I will more often than not be asked by this family member if I can give them money followed by a story of woe as to why they need my money. I know exactly why they want my money. They decline offers of food, insisting on cash only. I have lived to learn not to carry cash for this reason. I can use the excuse that I only have my card and therefore I am unable to hand over cash.

Many other Aboriginal Australians will deploy similar measures to avoid this practice of ‘humbugging’ money from family. They might also attempt to do their shopping at times when their relatives are not hanging around the supermarkets. They will also use every tactic available to them to avoid their relatives on paydays or dole days.

Northern Territory Labor Senator Malarndiri McCarthy, while arguing against the card, paradoxically found herself agreeing that it has obvious benefits in fighting ‘humbugging’:

And I know just even from personal circumstances, that I have family members who prefer to be able to say that they have a card and they have no money that they can give family. You know that issue of family members that humbug and I know it has worked for some of them.

The CDC offers another tool to politely reject demands for access to their income. Does a person’s right to say ‘no’ to the demands of addicted relatives mean anything to those telling us this hampers ‘individual rights and freedoms’?

Does a person’s right to ensure they can feed themselves and their children matter? Much of the anecdotal evidence suggests that in communities where the card has been trialled, locals do significantly more food shopping and are able to save money for the purchase of whitegoods and furniture. And women, in particular, are better able to feed their children. Does this not count for anything or can it be completely overlooked to maintain the right of the addicted to destroy themselves and their families?

The government should be applauded for improving the CDC to allow greater access to a wider variety of retail goods, transitioning from the Basics Card and Income Management to the CDC in the Northern Territory and Cape York region, allowing voluntary participation in some trial areas, and for extending trials. Yes, Aboriginal Australians are disproportionately affected by many problems in our country, so why then does the Left not want to support a taxpayer-funded measure that addresses one of these problems? The CDC allows a culturally acceptable way of maintaining individual autonomy while protecting welfare payments from those who would seek to use them to fuel a self-destructive lifestyle. Labor and the Greens would be happy to allow some welfare recipients to maintain their right to destroy their lives with alcohol, substance abuse or gambling while their children, families and communities continue to suffer.