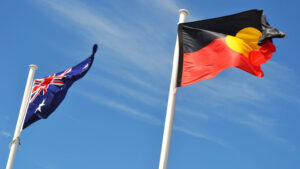 There are dire circumstances facing Indigenous Australians living in regional and very remote Australia, setting them apart from the rest of the country.

The Closing the Gap plan has done very little to address disadvantage for Indigenous Australians living in remote and very remote communities.

In Worlds Apart: Remote Indigenous disadvantage in the context of wider Australia, I outline the vast gap between communities with a higher proportion of Indigenous population and the rest of Australia in a range of categories, including:

Across all states and territories examined, these crimes occur at twice the rate — and higher — for communities that have 50% or more Indigenous population.

Alarmingly, in some states and territories, domestic violence and assault outstrip the rate of all other crimes.

Life expectancy has not improved at all and school attendance has declined across all states and territories.

In 2021, it is unacceptable that in one of the world’s wealthiest nations, such conditions exist. We require effective policies that deal with the dire circumstances in remote communities — not the current raft of policies that are based primarily on Indigeneity.