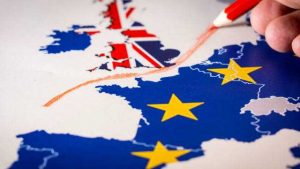 Economic and political uncertainty looms as the UK continues to squabble over Brexit strategy, just days before they are scheduled to leave the European Union. Theresa May’s second deal has received a humiliating defeat that has pushed London in a political cul-de-sac, and now she has offered to step down, in an attempt to get her deal over the line

Time is running out, and the government is left with dwindling choices — that each carries significant economic and social consequences.

Government dissension could lead to a no-deal Brexit, and that would mean significant harm to the UK economy.

The Bank of England predicts that under a no-deal scenario, the UK economy will be 8% weaker in the long run compared to remaining in the EU. Moreover, the lack of a formal settlement will likely create strife with Britain’s international partners and may carry implications on trade agreements. Higher tariffs and trade frictions at the border will inevitably increase the prices of food and basic commodities, impacting the economic welfare of ordinary citizens.

The EU leaders’ latest agreement to extend Article 50 provides Theresa May with an opportunity to refine her exit strategy, or even push for a second referendum. However, the latter would do damage to the UK’s democracy and threaten social cohesion.

The 17.4 million people who voted ‘Leave’ in the 2016 referendum will feel even more disenfranchised and betrayed — and it will entrench the belief that their opinions don’t matter to political elites.

It would further rupture the people’s trust in the political establishment and the ruling elite and unleash more waves of populist sentiment.

Faced with these options, Theresa May carries the immense responsibility to not turn Britain into an economic and social disaster.

Brexit’s future is still undecided, but one thing is certain, a better-devised plan back in 2016 would have alleviated the political mess that we are currently witnessing.