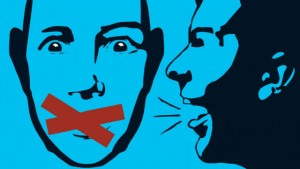 Melbourne-based group Jews against fascism claims to be standing up for freedom. But stamping out free speech and intimidating fellow Australians are tactics direct from the fascist playbook.

Conservative Jewish gym owner Avi Yemini had every right to invite One Nation senators Pauline Hanson and Malcolm Roberts to speak at a meeting in Caulfield.

And no surprises for guessing the topics that were likely to be discussed: Islamic immigration, repeal of s18C, Halal certification, and the rest. All fairly mainline topics in conversations around the nation.

You are perfectly free to make up your own mind on any of these issues. Surely the best way of doing so is to listen to opposing points of view and weigh the arguments.

But Yemini’s plans have collapsed into a catfight complete with flying fur, hissing and teeth. Glen Eira — where 4 out of 9 councillors are Jewish — revoked permission for the event.

That, in turn, provoked Roberts to accuse the councillors of anti-Semitism; and then peak Jewish group, the Anti-Defamation Commission, weighed in on the side of the council. It’s a mess.

Victorian Police say they “respect the right of the community to express their views peacefully and lawfully.” But now they’ve pulled the plug saying they can’t guarantee the safety of attendees.

In their totalitarian contempt for free speech and for democracy, and in their demagogic drive to stamp out any dissenting views, it is Jews against fascism who are behaving like true fascists.

Whatever you think of Avi Yemini, the man was doing nothing illegal. And One Nation polled nearly 600,000 votes at the federal election. Hanson and Roberts are legally entitled to their Senate seats.

But fascists are quick to identify those they brand the enemy. In Hitler’s Germany it was the Jews who were the enemy, and the engine of the Nazi state was soon turned against them.

When fascists catch the enemy’s scent, they won’t allow the rule of law to obstruct their hunt. They are contemptuous of democracy and insist on total obedience to their own cause.

Violence, intimidation, threats to personal safety, and vilification are all tactics regularly used by fascists to get their own way and to grind down the resistance of their opponents.

And that is precisely how Jews against fascism have won their great ‘victory’ for ‘freedom.’ Even the police gave up on enforcing the law to defend the right of ordinary citizens to meet publicly.

Intolerance is on the march — but it is wearing the disguise of ‘diversity’ and ‘inclusion’, professing to be concerned only with securing justice and peace.

It’s a lie, of course. The Left is doubling down for a long fight to defeat what it claims to be the capitalist tyranny of hatred and oppression — a fight it is determined to win.

Once victory is secured, it will build a new tyranny of its own. Who will fight against that?