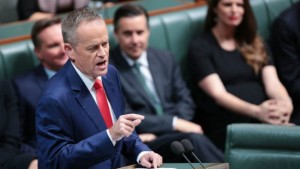 If you were digging for a positive spin on the broader fiscal strategy in the budget, the best you could say is that the government is committed to achieving a surplus. The Treasurer claimed they had “exhausted every opportunity to secure savings” from previous budgets, so in his “fair and responsible path back to a balanced budget” tax increases have been drafted in to do the heavy lifting.

There are a number of problems with this, but there are two crucial ones: historically tax rises have not constrained spending increases; and it undermines the future prosperity necessary to make the plan work in the first place.

For the past 40 years, government spending and taxation in Australia has followed a specific pattern.

Across all three levels of government, spending rises rapidly when economic conditions are poor. There are marked increases during the early to mid-1970s, the early 80s and 90s, the late 90s around the Asian financial crisis and the dotcom crash, and the late 2000s reflecting the Global Financial Crisis.

Following each of those spikes is an interlude where government spending slowly declines. Most notable are the consolidations of Hawke-Keating, Howard-Costello, and their respective state government counterparts. However, expenditure never returns to its previous percentage before the next crisis hits. Consequently, over time spending has continued to ratchet up to its current level in excess of 36 per cent of GDP.

Taxation follows a similar pattern: advancing and retreating with the business cycle but in an ever upward trend. A key reason for this is that – with few exceptions – the level of spending drives taxation. Governments decide how much tax to raise in response to how much they spend; and they typically do not reduce spending if revenues come in under expectations.

This means in the medium term debt and deficits will always be driven by expenditure. Constraining growth in wasteful spending in a crisis, and cutting it during times of high growth, are the only way to fiscal sustainability. As a consequence, the idea that the tax rises in the 2017 budget will solve Australia’s fiscal problems is a fallacy.

Even if it closes the gap in the short term (and that is optimistic thinking) it will simply raise the baseline for the inevitable future spending increases.

The problem for the government’s hopes of a miraculous surplus is that with each budget it has slowly normalised big government – specifically the idea that politicians have the ability and responsibility to regulate outcomes and control personal behaviour to ensure equality.

In that sense, this budget represents nothing so much as participation by the Coalition in an escalating bidding war over redistributive fairness. Hence Bill Shorten’s proposal to raise the top income tax rate to 49.5 cents in the dollar.

More important than the relatively minor amount of revenue it will raise is the implication that such incomes are “unfair” and those earning them have no right to complain if increasingly large chunks are taken away. Far from accepting that a rising tide lifts all boats, increasingly we are told that the boats that already float should be holed to guarantee equality.

The bank levy is another excellent example, conceived seemingly on equal measures indignation at profits and the desire to get at a pile of cash. Little attempt was made to justify it in policy terms, instead much was implied – and not much of it good.

For a government that less than 12 months ago went to an election with an agenda based on the idea that higher taxes kill investment and growth, it is a stunning turnaround. In the budget, the Treasurer simultaneously talked about the benefits to growth of tax cuts and the need for tax rises.

The proposed tax cuts are phased in slowly over a decade and are unlikely to be passed in full by the Senate, while the tax rises will be in effect inside 18 months. This says much about the warped priorities of the government, and of politics in the age of populism.

The government will never be able to catch up with demands for action to remedy unfairness. Punitive taxes to discourage high profits and incomes only satisfy social media outrage. They will not make anything better. Instead government should focus on encouraging greater prosperity for society, backed by a robust safety net.

Until the Coalition regains its belief in a small government vision for Australia’s future, it will be forever playing – and losing – on the left’s home turf.

Simon Cowan is research manager at The Centre for Independent Studies.