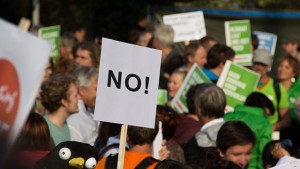 Activists are trying to make the world a better place. So it’s okay if they occasionally spread things that aren’t technically true… right?

While activists may be pure in their motivations, they do not have the checks and balances imposed on companies in a public debate. Company releases are heavily scrutinised both internally and externally – a scrutiny activists are free from; enabling them to flood, overwhelm and heavily sway public opinion.

Activism relies on a united front, whether to oppose natural gas or promote public transport for the environment’s sake, sometimes disseminating simplistic advice with unintended consequences.

On densely populated routes, yes, but sparse suburban routes often see huge empty vehicles rolling around the roads. On average, bus emissions are comparable to cars per occupant, and in a sparsely populated country like ours buses are not always better; especially as cars become increasingly efficient.

Another piece of green movement rhetoric may too be overly simplistic; that walking is environmentally friendly. This seems intuitive. However, by eating more to replace the energy lost by walking instead of driving, in many cases the emissions created by that additional food production are larger than those from driving.

Green activism that has disrupted coal-seam gas projects in NSW is another example. The US has reduced its greenhouse gas emissions by 10% since 2005, hitting a 17 year low in 2012; all at a time of annual population and real GDP growth of 0.85%  and 3% respectively.

How? In 1990, coal generated 53% of US electricity and natural gas 10%. In 2012, coal had fallen to 38%, oil had been eliminated and natural gas had grown to 30%. Unsurprisingly, gas is the cleaner fuel, but remains economically viable. Anti-gas pipeline activists might want to reconsider.

The double standards of activists are not only unfortunate, but can cause negative economic and environmental outcomes.