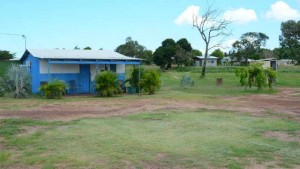 The winds of change are beginning to blow in the Northern Territory, with the Northern Land Council announcing they are willing to explore devolving some of their decision-making powers to East Arnhem Land’s Baniyala Nimbarrki Land Authority Aboriginal Corporation (as allowed under the relevant Act). This devolution of power includes the ability to grant leases for economic development on Aboriginal land and is the latest in a series of decisions to grant communities greater control over the management and administration of their land.

There is widespread belief that the disadvantage experienced by remote Indigenous Australians is because they are unable to use their land as collateral for economic development and that leases will remedy the situation.

This was the same rationale given for the introduction of the original 99 year-township leases in 2006. However, despite the government’s rhetoric, the township leases have not increased communities’ economic independence. Rather, the coercive and top-down policy approach has increased government control over communities’ land-use decisions.

Instead of Aboriginal people holding leases to enable them to own their own home or business, the majority of leases and subleases have been granted to government entities or government departments for social housing and government-owned facilities.

In recognition of the failure of the 2006 changes to contribute to improved economic outcomes in Indigenous communities, two years ago the government signed a Memorandum of Understanding (MoU) with the Gunyangara community in East Arnhem Land for a community township lease.  This reform is designed to enable the community to hold the head lease and grant subleases.  The hope is that by placing Aboriginal people in control, this form of leasing will lead to greater development opportunities.

While it’s too soon to say whether the new leasing arrangements will have the desired effect, moving away from a government-controlled, top-down model is a step in the right direction.