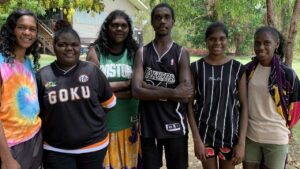 The Commonwealth Coalition government last week announced the new structure of the Indigenous Voice to Parliament.

After years of discussion and three years of research and consultation, they’ve come up with a design that looks like some document the public service have been keeping in the bottom drawer of their desk for decades, just waiting for the opportunity for it to be plucked out, dusted off and, hey presto, we’ve gone back to the past.

My blunt evaluation of the design? It sounds like an expensive, bureaucratic nightmare.

Jobs for the boys and girls. In ­Aboriginal culture, only traditional owners can speak for their country.

The traditional owner structures are already in place. They have been in place for decades. They are the ­native title representative bodies. Use them.

The government’s proposal totally ignores this. It even ignores the vast array of other Indigenous bodies all over the country. It proposes we have some more.

Indigenous people have land councils, prescribed bodies corporate, community councils as well as local, state, territory and Commonwealth governments and all the many areas that the public servants rule over.

An example is the Torres Strait ­Islands. A population of some 4514 people have a Torres Strait Regional Council, Torres Island Council, Northern Peninsular Area and the GBK Regional Land & Sea Council, which is made up of each island’s native title prescribed body corporate.

It costs the taxpayer – you and me – a fortune to maintain and fund all these bodies. There are a hell of a lot of meetings for Indigenous people, and it has made little difference to Indigenous people’s day-to-day lives.

Make them the basis for any ­national representative body or ­platform.

This would reduce the number of governance bodies, put an end to the forum shopping that goes on when anyone wants to pursue mining, infrastructure and other projects, get rid of the over governance and wasteful costs of the whole Indigenous affairs sector and ensure the money hits the ground where it is needed – and that those bodies are incentivised and ­motivated to generate their own wealth from their country’s asset base.

One source of criticism of the Indigenous Voice to Parliament is that it legislates for race. That criticism is not answered by setting up regional bodies whose membership is determined by race. But traditional owner groups are not determined by race – but by descent.

Just like property rights are handed down through families, membership of country is determined by descent. And so is its modern embodiment in native title.

I agree that any Indigenous governance model should be “bottom up” and not top down. But it should derive from traditional ownership — membership of a first nation, not your race.

When I lived in Dubbo years ago, I was entitled to be a member of the local Aboriginal land council, even though I am not Wiradjuri.

Likewise, when living in Sydney I could join the Metropolitan Local Aboriginal Land Council, even though I am not Dharug.

But I am not Wiradjuri or Dharug and every Aboriginal person knows that I cannot speak for those countries. My common ground with those other traditional owners is race. Not descent. And not country.

Businesses work with traditional owners to reach Indigenous Land Use Agreements that provide benefits and opportunities in return for access to land and waters.

And economic participation through education, work and business is the only way to close the gap.

This is not rocket science. And this government should be able to do better.

Coalition governments have been at the forefront of Indigenous affairs with the Menzies government legislating for full voting rights to Indigenous Australians in 1962, setting up the 1967 referendum with the Holt government completing it.

The McMahon government negotiated in 1972 the handing over of Wave Hill to traditional owners. The Fraser government passed federal Land Rights legislation in 1976.

Working with both sides of politics and Indigenous Australians should be the focus. Not setting up another expensive and bureaucratic body based on the past.

Let’s be innovative, cost efficient and have effective deliverables and outcomes.