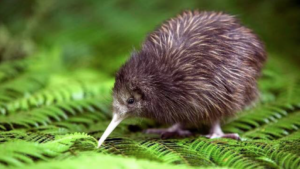 In the aftermath of New Zealand’s free trade agreement upgrade with China, New Zealand Trade Minister Damien O’Connor decided to reprimand its Trans-Tasman neighbour. He believed that Australia should follow New Zealand and “show respect” and “a little more diplomacy” with the Chinese government.

This incident alarmed many senior members of the Australian government and created unnecessary tensions between the two nations.

Cosying up to the Chinese with an upgraded trade agreement is not something government ministers should brag about to the world.

His comment explicitly signals for the first time, that China could just assert pressure on countries such as New Zealand and even divide the Five Eyes security alliance.

Although both the Aussies and the Kiwis are part of the Five Eyes, each has its independent foreign policies. New Zealand took a more ambivalent approach towards China, while the Australians pursued an aggressive and defensive strategy.

Some of O’Connor’s  sentiments are understandable. Smaller powers such as New Zealand and Australia rely on the multilateral international order for its economic interests.

China is a significant power across the Asia-Pacific. Under President Xi, the ‘Middle Kingdom’ has continued to exert itself across the world stage and expanded its influence across the region.

Therefore, it is vital to conduct foreign policy in a practical and realist manner.

For New Zealand, upgrading the free trade agreement was necessary for the country’s economic recovery, especially considering the global recession caused by the Covid-19 pandemic.

In the short run, the deal itself was the right step for New Zealand, especially considering the United States’ current circumstances. The new Biden Administration must deal with its domestic affairs before even thinking about returning to the Comprehensive and Progressive Trans-Pacific Partnership Free Trade Agreement, let alone containing the Chinese.

But O’Connor’s comments were not helpful. Australia is one of New Zealand’s critical western brothers and partners in the Five Eyes alliance. So isolating New Zealand from its security partners is not in its best interests.

In soft power, the less interest you reveal, the more superior you seem. As Pickering said, diplomacy is all about covering the known. Avoiding silly comments in the future would be the best way forward.

Leonard Hong is a Research Assistant at The New Zealand Initiative based in Wellington and a former intern at CIS.