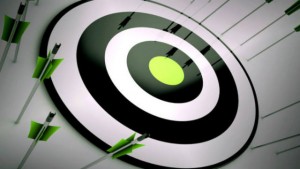 The Rudd government thought it sighted an easy target when it announced the ill-conceived mining tax. That went badly, but the Coalition have had much more success with the levy on the big five banks. Unlike the mining tax, there has been speedy acquiescence to this new tax.

This is despite the numerous problems with this levy, including how it misprices risk. The levy applies only to bank borrowings that aren’t government guaranteed — and generate no explicit risk to taxpayers — while exempting guaranteed borrowings that do generate taxpayer risks. This is completely the wrong way around. This mix up with the levy means banks have an incentive to overuse guaranteed deposits, transferring extra risk to taxpayers.

In addition, if paid out of retained profit, the levy will cut bank capital buffers, adding to risk. The levy exempts smaller banks, which will likely encourage customers to move to these institutions. As the smaller banks are less diversified and more regionally exposed, this will also increase financial system and taxpayer risk. The sudden attack on banks likely increases Australia’s sovereign risk as well.

It has been argued the levy has the opposite effect of reducing bank risk, by implicitly confirming the big five banks will have all of their borrowings guaranteed — even the borrowings that aren’t officially guaranteed. This looks like a good deal for the banks as they could borrow at lower rates. But unfortunately a comprehensive guarantee of all bank borrowings would encourage excessive bank risk risk-taking, increasing risks to taxpayers and the whole financial system.

The bank levy may be politically easy — but the impact on the economy will be hard; potentially catastrophic.