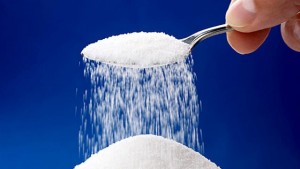 Here we go again. The UK Government unveiled its plans for a sugar tax in March this year. Closer to home, the Labour Party in New Zealand was recently reported to be strongly considering a similar measure.

Not one to be left behind, Liberal backbencher Russell Broadbent has joined the (woefully out of tune) chorus:

[Mr Broadbent] said there was “absolutely” a disconnect between community concerns about tobacco versus sugar, and Australians needed to wake up to the dangers of over-consumption.

“Sugar is a major trauma for this country,” he told Parliament this week.

Mr Broadbent drew a connection between the lack of sporting facilities, grounds and activities for children and “the health and wellbeing” of children.

“The only way we are going to get the money for that is by a sugar tax,” he said.

Mr Broadbent also said revenue from the tobacco excise should not go into consolidated revenue and instead be directed straight into preventative health programs.

It’s difficult to know where to start with this. Firstly, this kind of busy-bodying about what people choose to put in their mouths is patently illiberal. Then again, supposedly Liberal governments have a history of being patently illiberal (I’m looking at you, New South Wales).

While the science on sugar and obesity is far from settled, and the evidence on sugar taxes as an effective policy tool to reduce sugar consumption in a way that materially impacts health outcomes and with less of an economic and moral cost is decidedly scarce, it’s odd that public health warrior Broadbent with his worries about ‘trauma’ isn’t taking up the banner of a cause that is much less ambiguous.

For all the ‘community concern’ about the health impacts of tobacco, Australia is almost alone in the world in taking a punitive approach to e-cigarettes ‒ which constitute, at the very least, a tobacco consumption harm reduction measure and, by some reports, a quitting aid ‒ by banning their sale in Australia and banning imports save for personal use. Neither the scientific nor the policy considerations of this are vague or ambiguous.

Of course, this underlines the real reason we’re having this conversation: it’s not about public health, just about a brand new source of revenue to add a ‘structural saving’ (as tax increases are now known) to the budget bottom line.

Trisha Jha is a Policy Analyst at the Centre for Independent Studies.