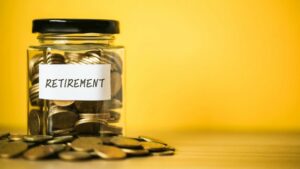 Here we go again — yet another review of retirement incomes, this one the outcome of a year’s work by an independent panel supported by a Treasury secretariat, and released by Treasurer Josh Frydenberg last Friday.

Australia’s retirement income system — based on a means-tested public pension and compulsory private superannuation — is much admired from abroad. But at home, policy activists and others with an axe to grind just can’t leave it alone.

The review debunks the myth that the superannuation system will not substantially reduce the cost of the age pension.

But while giving the system a big tick, the review goes on to canvass changes anyway.

It lends support to the many experts, analysts and commentators that have argued the SG rate should be left at 9.5 per cent. It gives the government a lot of ammunition to cancel the legislated increases or at least defer them again.

The report also makes clear its view that the pension asset test taper rate should not be eased, and hints that pensioners’ own homes should be included in the asset test.

It spills a lot of ink on the old chestnut of superannuation tax concessions and does not hide its irritation with some aspects of them. But the opportunity for another skirmish in the long war of attrition against tax concessions will undoubtedly excite those who see these concessions as an unjustifiable drain on revenue they would rather see spent on their own favoured causes.

The rest of us see concessions as being consistent with a tax system that would not discriminate against saving; and the money is better left in taxpayers’ pockets than given to governments to waste.

However, the review will always be no more than a starting point because retirement incomes policy deliberation moves on quickly from the facts to judgements, trade-offs and raw politics.