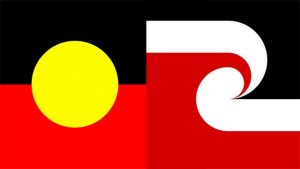 The Victorian government, having passed legislation to authorise negotiation with Aboriginal Victorians, is advancing towards a formal treaty. Despite the entreaties of activists, the experience of New Zealand suggests a treaty is unlikely to be an end point to the process of reconciliation.

Indeed, though it’s been 179 years since the Treaty of Waitangi was signed —even that amount of time hasn’t reconciled the relations between Maoris and white New Zealanders.

On the contrary it is actually becoming increasingly difficult to have open discussion about the issues surrounding Indigenous communities on both sides of the Tasman.

Brash and Price have extensive knowledge of the problems and are more than qualified to express their opinions. It is offensive and ludicrous to dismiss their opinions as ‘hate speech’.

Brash gave a speech at Waitangi this week — the first time in 15 years he has spoken there.

At his 2004 appearance, he was pelted with mud by protesters angry about his infamous Orewa speech just weeks before; in which he criticised separatist policies, such as the mandatory levels of Maori representation on district health boards and Māori electorate seats in Parliament.

Last year, Brash was banned from speaking at Massey University due to Vice-Chancellor Jan Thomas’ fear about inciting ‘hate speech’. Brash’s supposed crime is that he’s committed to the rule of law and to equal treatment for all without privilege.

In Australia, Price was criticised for supporting retaining the date of Australia Day. She was accused by her critics of ignoring Australian colonialism in the past. Critics went so far as to suggest that she ‘legitimises racism’. This is nonsense.

Price is not a racist. She simply wants to deal with such issues as rape and domestic violence — which she spotlights as the real threats to Australia’s Indigenous communities.

Free speech and civil discourse are essential for debating controversial issues in order to find sound policy solutions. Genuine change will only come when people start listening and debating the arguments, rather than hurling accusations of bigotry or investing in symbolic gestures like treaties.

No lasting reconciliation can be built by shutting down any uncomfortable debate with accusations of racism.