This has been driven both by increasing life expectancy and growth in the real value of pension payments. These pension increases far outstrip wage growth, with pension costs as a percentage of wages at the highest level ever and having doubled over the past 45 years.

This imbalance is projected to get worse in the future, with pension costs increasing against wages by another 50% despite the maturation of the superannuation system.

To restore balance, the government needs to reform several aspects of the retirement income system:

1. The retirement age should be increased by around 6 months every 4 years

2. The superannuation preservation age should be increased in line with the retirement age

4. Investigate more substantial superannuation reforms aimed at increasing the number of people who are self-reliant in retirement 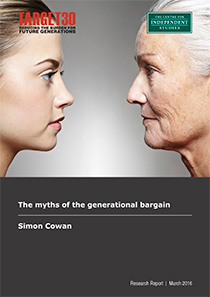