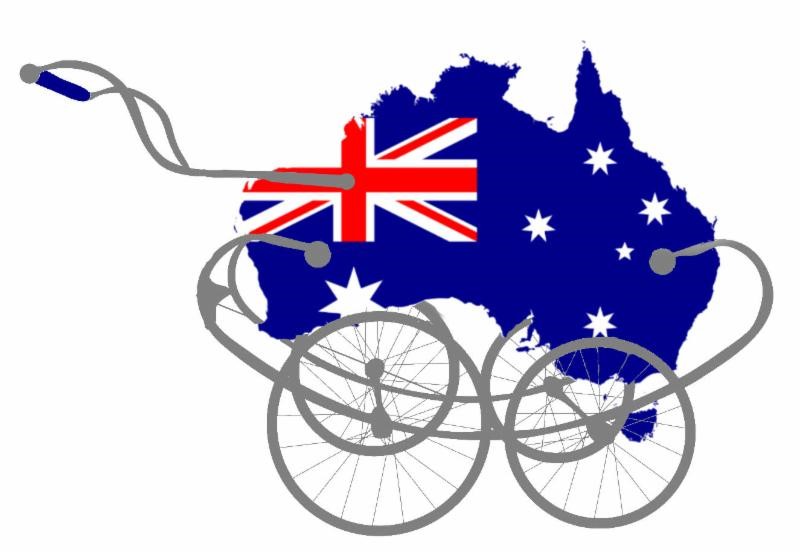 It’s never been difficult to find worthy contenders for the highly coveted Nanny State awards. But this year took nanny-stating to ludicrous levels

The Centre for Independent Studies created the Nannies — as we like to call them — to highlight the government’s most ludicrous, farcical, and ridiculous attempts to mind your business.

Previous nominees included a national education program designed to teach people how to climb a ladder.  (For those of you who are curious, the recommended method is one step at a time while wearing a helmet).

Also nominated for a Nanny in past years were the Bunbury City Council for its attempt to ban mermaids from its swimming pools, and the NSW police for trying to stop dancing at music festivals.

Another previous nominee was the sub-section of our vast federal bureaucracy that deals with cheese. Did you know the government, like Coles and Woolies, has a cheese section? Well, it does, and its bureaucrats decided to ban the import of Roquefort, then they lifted the ban, and then they proposed to reinstate it again. Needless to say, all three decisions were based on the ‘best scientific advice’.

Alas, these zany Nannie nominees belong to the past — to the innocent days before Covid-19. With the arrival of the pandemic, the Nanny State has morphed from Mary Poppins to Josef Stalin.

Political leaders now rule by decree, and their diktats involve every aspect of our lives. Now, let me make myself clear. Covid-19 calls for difficult judgements to be made.

Balancing the requirements of the economy and the health of the citizenry with limited, and often conflicting, information is a tough task. It’s no surprise there are cockups.

What is surprising is, that despite having a pandemic to deal with, our political leaders still find time to concern themselves with what we drink, smoke, and eat as well as what we wear and what sins we are allowed to commit.

For example, one of the very first measures decreed by the premier of Western Australia was a limit on the purchase of alcohol.  Apparently, fighting Covid-19 requires an unprecedented level of public sobriety.

As always happens when limits are imposed, everyone went out and bought as much booze as they could. Bottle shops wound up selling more alcohol than ever before.

And alcohol was not the only target on the radar of our leaders. Early reports from China, claiming that smokers were less likely to develop Covid than non-smokers, caused our political leaders great consternation. After all, they have devoted years to stopping people from smoking. The last thing they wanted to hear is that smoking might have health benefits.

Public health lobbyists disparaged the idea that smoking may be helpful by pointing out that the data came from Chinese scientists… and you know what they could be like. Just to be sure that no positive outcomes were ever found, Australia conducted no research into the relationship between smoking and Covid-19.

Having disposed of drinking and smoking, our leaders moved on to another long-term Nanny state obsession — obesity.

Research shows that full-figured… plus-size… oh, let’s just call them fat … people are more likely to perish from Covid-19 than willowy ones. This finding provided an excuse for the Nanny state’s long-held desire to control what we eat.

In the new Stalinist dispensation, the police conferred upon themselves the power to decide which food items are essential and which ones people could go without. Giving such discretion to the police led to capricious decision-making, depending on what a particular officer believes is worthwhile eating. One rather shocked mum was stopped and chastised by police for buying Easter eggs for her kids.

To provide some consistency in decision making, the government of Wales in the UK replaced the whims of individual police officers with an official list detailing which items are not essential and therefore banned from sale during the pandemic.

In addition to various foods, one of the banned items was clothing. In response, Christopher Noden, a 38-year-old father living in Newport, attempted to enter a local shopping centre wearing nothing but his rather skimpy underpants.

Security guards stopped him at the entrance insisting that he was inappropriately attired for a shopping excursion. Noden argued that since the Welsh government officially deemed clothing to be non-essential, he did not see why he had to wear any.

But we can find equally absurd, bizarre and ridiculous stories in Australia, as we introduce the finalists for the 2020 Nanny Awards.For third place, the judges have declared a tie between two candidates. Both reflect the nanny state’s long-standing animosity toward alcohol.

The first nominee is a government committee, which wants men to limit their consumption to one drink per day. The committee based its recommendation on the latest science, which relies on asking people how much they drink. Now, who would ever lie about that?

The committee shares third place honours with the Royal Australasian College of Surgeons, which is campaigning to lower the alcohol blood limit for drivers to zero. A vain campaign, I suggest, given the alcohol consumption of doctors during the pandemic.

Illustrating the problem of leaving discretion entirely to police officers, second place in this year’s Nanny awards goes to the NSW police who issued a $1000 fine to a man caught eating a kebab while sitting alone on a bench.

When learning of this news, the Premier of Western Australia laughed and announced that sandgropers are free to eat kebabs while sitting alone on benches. Once again, it appears that the science of Covid protection varies across state borders.

Now, turning to the winner; the judges laboured long and hard and had so many worthy nominees, that choosing just one was simply impossible.

So, they have chosen the whole lockdown experience — a state-by-state patchwork of rules, decrees, and regulations that have kept the country bemused, confused and sometimes amused.

Fortunately, salvation is on the way — vaccines will soon be available. With luck, Covid will become just a bad memory, and the Nanny state will return to its traditional concerns.

Instead of living in the middle of a Stephen King novel, we can return to Mary Poppins and once again worry that a spoonful of sugar may not be good for us after all.