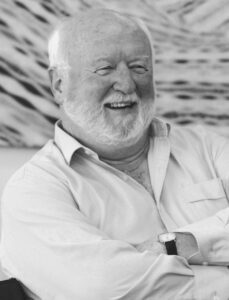 Most backyard sheds contain lawnmowers and the odd spider, not the seeds of Australasia’s leading think tank on public policy. Yet from these humble beginnings, the Centre for Independent Studies (CIS) has developed into an organisation at the forefront of social and economic debate.

Founded in 1976 by Greg Lindsay, a young schoolteacher with an interest in classical liberal ideas, CIS was established in a period marked by much social and political discontent. The turmoil and controversy of the Whitlam years had given way to disappointment and stagnation under the Fraser government, yet the notion that governments were the solution to any problem prevailed, particularly in the media.

Influenced by libertarian thinkers such as Murray Rothbard, Friedrich Hayek and Milton Friedman as well as classical liberal philosophers such as Adam Smith, David Hume and John Locke, Greg Lindsay realised that he was facing an intellectual problem, not a political problem. In particular, Hayek’s famous essay, ‘The Intellectuals and Socialism’, helped to crystallise some thoughts on the role of ideas in politics that he had had for some time.

In April 1976, Lindsay wrote to Lauchlan Chipman, then a Professor of Philosophy at Wollongong University, to request a meeting to discuss his plans to form a centre ‘to promote the study of liberty’. Things moved quickly. By October of that year, Chipman had delivered a paper entitled ‘Liberty, Justice and the Market’ at the Centre’s inaugural seminar, held at Macquarie University. CIS was up and running.

A conference on the role of government in 1978 proved to be a turning point for the fledgling think tank. The theme for the weekend meeting was ‘What Price Intervention? Government and the economy’. Participants included economists such as Ross Parish, Michael Porter and Warren Hogan. A hundred people showed up, including Paddy McGuinness, then Economics Editor of the Australian Financial Review. He wrote a famous article, ‘Where Friedman is a Pinko’, giving the phone number and address of CIS at the end of the column. There were days of messages.

Not long after, Greg Lindsay walked through the gates of Richmond High School for the last time as a mathematics teacher to concentrate on the task of raising the seed money necessary to begin building up CIS as an institution. By 1980, after receiving some much-needed financial assistance from early supporters such as Ross Graham-Taylor, Neville Kennard and Hugh Morgan, CIS finally went from being a ‘spare time’ backyard operation to a full-blown organisation in offices above Uncle Pete’s Toys in St Leonards.

From a wholesaler of ideas…

The ‘C’ in CIS stands for Centre. And, indeed, this is what it has become; a centre for the transmission of ideas to the opinion-influencer, the media and academics, as well as policymakers.

Since 1976, CIS has played an important role in changing the climate of opinion, not only towards market solutions to economic problems but also in promoting the principles and institutions underlying a free and open society.

Seminars, lectures and conferences all play a part in the circulation of these ideas, such as the annual John Bonython Lecture (JBL), named after the Centre’s first Chairman of the then Board of Trustees. It has become one of the most anticipated events ever initiated by CIS. Even the inaugural JBL in 1984, delivered by American economist Israel Kirzner, created a buzz that attracted the likes of the legendary Australian cricketer, the late Sir Donald Bradman.

Over the years a number of lecture series have been generated around people or events such as The Bert Kelly Lectures, in honour of the former parliamentarian probably best known for his Modest Member columns in the Australian Financial Review; The Policymakers which allowed politicians from both sides of politics to speak their mind; and Crisis Commentaries where we had experts offering analysis of the 2009 financial crisis. We also hold a range of other lectures, workshops and conferences all of which allow debate and discussion to continue.

The fundamental aim of these events is to foster debate on what makes a free and open society. Discussion is always lively, and there have been many memorable moments, such as Paddy McGuinness telling Milton Friedman in 1981 that he sounded like a ‘kind of socialist or perhaps a Christian’!

…to a community of scholars

The growth of CIS since 1976 would not have been possible without the extraordinary network of human capital that has gradually been built up from our in- house team to outside volunteers and contributors from academia, business and many other walks of life. CIS also benefits from strong links with respected scholars and commentators from around the world.

Through the early work and dedication of economists, such as Wolfgang Kasper, Ray Ball, Ross Parish, Malcolm Fisher, Warren Hogan, and Peter Swan; philosophers like Lauchlan Chipman; and lawyers like Geoffrey de Q. Walker, CIS became known not only for its focus on economic policy, but also philosophical and constitutional issues.

Indeed, CIS has always been about the support of a free and open society. In the mid-to-late 1980s the focus began shifting to social policy issues, with programs such as Barry Maley’s “Taking Children Seriously” and then Professor Peter Saunders’ Social Policy program, playing an influential part in the social reform process in both Australia and New Zealand.

In the 2000s CIS ramped up its activities and widened our areas of research. Education, welfare, health and ageing, tax and economic growth dominated our research.

In circulating ideas and influencing elite opinion, CIS has always believed that the printed word and permanency are important. And, indeed, a quick glance at the hundreds of publications that CIS has produced is all that is needed to realise that the Centre has published very few throwaway papers. These publications from Research Reports, Analysis Papers, Policy Papers, Occasional Papers, Policy Monographs and books to the quarterly journal POLICY stand as a record of the Centre’s research, recommendations and ideas for future reference.

From the very beginning, Greg Lindsay set out to make the ‘I’ for Independent in the Centre’s title mean something. CIS receives no government funding and has no association with any political party. Corporate and individual supporters do not direct its research in any way. Although good ideas are always welcome, CIS remains the master of its own destiny, and jealously guards its reputation for independence.

The first CIS Board consisted of Neville Kennard, Maurice Newman and Ross Graham-Taylor. John Bonython joined later, becoming the first Chairman of the Board of Trustees. Since then, the Board of Directors has grown to include many prominent members of the business and wider community.

While the Board oversees the direction of the Centre, the role of the Academic Advisory Council is to assist in the Centre’s research work. A long list of distinguished academics and some honorary members such as Friedrich Hayek have been on hand over the years to review CIS publications and to offer their expertise more generally.

In the 2010s, CIS entered another growth phase, expanding our social policy program, which addressed health and ageing, Indigenous issues, family and welfare policy. At the same time CIS was greatly engaged in foreign policy, in particular China and the South Pacific.

On economic policy, our umbrella TARGET30 campaign, started in 2013, suggested ways to reduce government spending to 30% of GDP in 10 years. On education policy, the FIVE from FIVE project had a very tight focus aiming to have phonics taught properly and across all schools starting at the age of five.

In more recent times, CIS has moved premises from St. Leonards to Sydney CBD where we now fully own the first floor of Hudson House. Under the executive leadership of Tom Switzer (2017– ), CIS has maintained intellectual focus on several policy programs: economic, education, culture, Indigenous and China. CIS’s student conference program, Liberty & Society, continues to foster young people who are engaged in the battle of ideas. Many are now in prominent positions in government, the bureaucracy, business and academia. Our high-level invitation only conference called Consilium has gained the reputation as ‘the ideas conference to attend in Australia’. As a consequence, CIS continues to have widespread influence on public affairs in Australia.