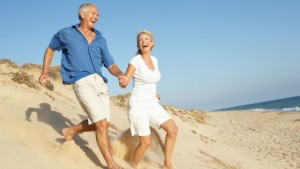 Over the past 40 years the cost of old age pensions as a proportion of average wages has almost doubled. Each generation has demanded more from the next generation than they were willing to give the previous one.

Having reluctantly provided a penny when in employment, retirees believe they are entitled to demand a pound from current workers. Not surprisingly, the pension now exceeds $44 billion a year, with a $50 billion price tag just over the horizon.

Only part of this rising cost can be explained by increases in life expectancy, with taxpayers now funding an additional seven years in retirement on average over 1971.

A bigger factor is government policy. Since 1911, the real rate of the pension has increased seven-fold and the means tests substantially broadened. Despite sitting on more than $700 billion in largely untouched housing assets, the percentage of retirees dependent on the pension remains very high.

As retirees’ political power expands, it is foreseeable that by 2055 the per-worker cost of other peoples’ pensions will exceed the average worker’s contributions to their own retirement. In effect people may soon be paying more for other people’s retirement than their own.

To rebalance the pension, the retirement age should be increased by six months every four years to ensure it keeps pace with increases in life expectancy. When coupled with reforms that include the value of the primary residence in the pension means test, this should ensure the pension is focused on alleviating poverty of those who really need it, not just subsidising the transfer of bequests.

In addition, the age at which superannuation can be accessed should be increased in line with pension age to limit those who retire early and fall back on the pension.

Beyond the question of whether we can afford this is another issue: will future taxpayers tolerate a massive increase in taxation to fund a retirement lifestyle they increasingly believe they may never achieve?

Younger workers feel the system is rigged against them, locked out of the housing market and discouraged at the inevitable tightening of generous entitlement they are currently funding. The generational bargain must be fair to both sides if it is to be truly sustainable.

Simon Cowan is a Research Fellow at the Centre for Independent Studies. He is the author of the research report The Myths of the Generational Bargain.