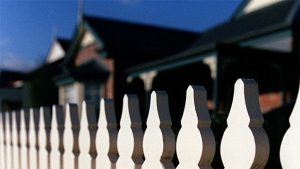 Australia is entering a new political era. Unless conservatives and genuine liberals make persuasive counter-arguments, we could be in the midst of a fundamental realignment in the Australian cultural landscape that entrenches progressive shibboleths for a generation.

It’s a far cry from the Howard years (1996-2007). In those days, it was those on the ideological left who were in a despondent mood, because conservatives increasingly represented the political mainstream.
For a man routinely described as lacking charisma, John Howard managed to hit just the right tone. He showed that integration was the key to social cohesion. Citizenship tests were born. The republic was passe.

Ably supported by Philip Ruddock, Howard showed that controlled border protection benefits nobody more than the immigrants who come here fairly and legally. As a result, it helped damp down the fires of racism and xenophobia. (Just look at Europe today.)

School bureaucrats were widely slammed for pushing politically correct curriculum that was aimed at finding hidden racism and sexism in great works of literature.

Practical reconciliation defined indigenous issues. Even The Sydney Morning Herald editorialised in 2007 against the “glib symbolism” of an apology, saying it was a “practically useless” gesture that would have “no constructive outcome”.

The left was in despair. In an address to the Sydney Institute in 2003, Julia Gillard conceded: “Howard has won his culture war.” After Howard’s fourth election in 2004, former Keating speechwriter Don Watson observed that the “worst thing Labor has to swallow is the completeness of the ideological victory”.

My Radio National colleague Phillip Adams lamented in 2007 that the left’s “population in the press is so small as to constitute extinction. We are dead parrots … giving the illusion of life because we are nailed to our perches.” At writers’ festivals across the nation, the intellectual elite was whipping itself into a lather and raging about how Howard and Costello had stifled ideas and silenced debate and corrupted democracy.

However, far from being silenced, left-wing voices had been losing relevance – as one Kevin Rudd recognised. Remember, the only way the self-described “economic conservative” could beat Howard was by mimicking his agenda.

Times have changed. The oldest 20 per cent of the electorate in 2004 who largely voted for the Coalition has been replaced today by the youngest 20 per cent of voters who lurch left. Social media and twitter trolls are all the rage. Polls show socialism has risen in stature, especially among millennials.

Meanwhile, fringe university campus politics has gone mainstream. Witness the campaign for identity politics, which seeks to divide people along racial, ethnic and gender lines. That means people are boxed into certain mindsets: ethnic minorities are victims of underlying racism and women are oppressed by patriarchy.

To paraphrase Oscar Wilde, all bad public policy springs from genuine feeling. One can acknowledge the history of discrimination and hardship visited on various minorities and still recognise identity politics leads to crude political tribalism.

As Jonathan Haidt, one of America’s leading liberal intellectuals, has warned, politics fixated on racial, gender and sexual differences and the cultivation of victimhood will be disastrous as a foundation for democratic politics, leading to resentments that extremists can exploit in ugly ways on both the right and left.

Although identity politics is more pronounced in America and Britain, the victim culture is evident here: think of the campaign to change Australia Day from January 26 or to demote Western civilisation in the school and university curriculum or to blame our public discourse for the rise of “white nationalism”. As the reaction to Christchurch has shown, the desire for self-flagellatory virtue signalling is rampant.

Never mind that the political leaders accused of whipping up Islamophobia – Howard, Abbott, Dutton, Morrison et al – have supported large-scale, non-discriminatory immigration. Never mind, too, that they link jihadists with extremist groups, such as Islamic State and al Qaida, not the Muslim community.

Ideological pendulums have a tendency to swing back and forth. At some point, there should come a sharp change in the national mood and direction.

However, if conservatives and liberals fail to tell a persuasive story to Middle Australia, one that soundly marries our support for competitive markets with scepticism of divisive identity politics, we will reinforce the perception that the centre of political gravity has shifted leftwards.

Tom Switzer is executive director of the Centre for Independent Studies in Sydney.