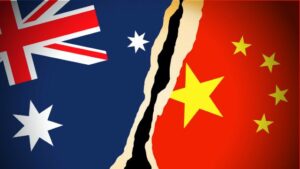 We are told that Australia’s political leaders must try to ‘rebuild trust’ with Beijing, while not kowtowing as the Chinese Communist Party clearly wants us to do. But how does this strategy work?

It is not a herculean diplomatic task to “rebuild trust” with such a regime. It is an impossible diplomatic task — unless, of course, we capitulate to China; which is not going to happen under Coalition or Labor governments.

We are, remember, talking about a regime that is pumped up on nationalism and overwhelmed with resentment growing out of “the century of national humiliation.” It is this bullying nationalism that explains why Beijing is not good at winning friends and influencing people, as the heavy-handed ‘wolf warrior diplomacy’ of China’s ambassadors and foreign-policy spokesmen makes clear.

What the critics of Australia’s policy fail to understand is that, after decades of living in a unipolar and globalised world where was no great-power security competition, we are now in a realist zero-sum game and the stakes are enormously high for all concerned. This is not an ideal situation. But that’s how international politics works.