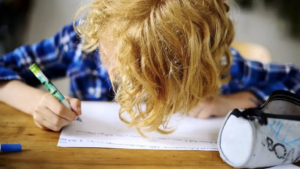 School students are now almost entirely back to regular classes, but the battle isn’t yet won. What should students be doing once they return to school? Opportunistic progressives now seek to exploit the pandemic for — you guessed it — a ‘new deal’ for education.

Unnecessary — and in many cases, prolonged — school closures have devastated Australian students’ educations, and the economy with it.

Recent CIS research has estimated the damage to students’ progress in literacy and numeracy — with disadvantaged students falling up to three weeks further behind over the period schools were closed.

The world-leading Education Endowment Foundation agrees that closures have crippled academic progress — concluding the attainment gap between disadvantaged children and their peers could widen by around 36%. Veteran German researcher, Ludger Wößmann, has also warned of persistent impacts — resulting in reduced lifetime earnings for children impacted by closures.

And the ABS have noted that school closures are among the most economically crippling factors driving the Australian economy toward the recession we’re going to have to have.

The obviously deleterious effects might appear self-evident to any casual and fair-minded observer — particularly the parents and teachers who’ve witnessed the educational damage firsthand.

But not so for Finnish educationalist, Pasi Sahlberg — now hosted at UNSW’s education consultancy, the Gonski Institute. He argues that, in the post-pandemic recovery, “the time is right to transform schools” in a more progressive image.

The justification is based on progressives denying the clear educational evidence.

First, they unduly elevate the status of nurturing students’ non-academic abilities. For instance, rather than the three Rs that are regularly cited, Sahlberg instead nominates: ‘relationships, respect, and responsiveness.’

Of course, nobody has ever claimed education ought to exclude everything other than hammering home literacy and numeracy ad nauseum. But the reality is that virtually all non-academic abilities are more accessible when students have already mastered core academic proficiency — not the other way around.

Second, progressives dismiss that educational achievement can be meaningfully measured in such ‘arbitrary’ and ‘neoliberal’ ways as testing and grades. For this reason, they rejoice at this year’s scrapping of NAPLAN, softening of school report card grading, and further undermining of the ATAR.

But many aspects of education (like maths and reading ability) are objectively measurable. Standardised assessments and grading are among the few objective and comparable tools for monitoring students’ progress, informing teaching practice, and measuring performance of teachers and schools.

And they’re needed now more than ever in order to assess how students have fared during the lockdown period and to take necessary remedial steps — before students fall irrecoverably behind.

It doesn’t take Hercule Poirot to uncover the genesis for scepticism of performance measurement: a progressive utopia for schooling that is accountability-free, evidence-free, and where education unions run roughshod over parents’ and students’ needs.

And for this reason, we’re told school should be more playground and less classroom. Accordingly, rather than lose sleep over students’ missed academic learning, Sahlberg advises: “no worries, let the children play.”

Again, cooler heads caution that, while social and emotional wellbeing is an important function of schools, perhaps play isn’t the number-one priority after literally months of kids being at home?

In any case, it’s folly to explicitly target improving children’s wellbeing in isolation of their academic development. Students are at risk of suffering anxiety and stress when they’re falling behind academically.

That is, poor academic progress is often a source of poor wellbeing — and pumping children with infinite happy thoughts and platitudes won’t spawn a cohort of intelligent Aussie youngsters.

Schools would be greatly mistaken in going to great length to ease students’ transitions back to school by overcompensating for missed social interactions, rather than hitting the books. It could, ironically, be harming their wellbeing down the track.

The return to school can’t be hijacked for yet more attempts to replicate the educational fads from the failed Finnish experiment. Incidentally, keen observers of the OECD-run Programme for International Student Assessment (PISA) will note a strange coincidence between their uniquely similar downward trajectory— Australia and Finland are the two fastest declining countries in education performance in the world.

Many political progressives love to label anyone who disagrees with them as ‘science deniers’ and ‘anti-vaxxers’, but the truth is no one is more dismissive of evidence than progressive educationalists.

Rather than an education ‘new deal’, schools must get back to what they do best — developing students’ literacy and numeracy, and a sound and well-rounded knowledge of the core disciplines — and see off yet more misguided attempts to exploit the pandemic as a backdoor for radical progressive activism.