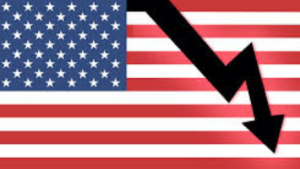 US political scientist Samuel Huntington is best known for his 1993 ‘clash of civilisations’ thesis, but his lesser-known 1981 book American Politics: The Promise of Disharmony has proved more prescient. The late Harvard professor has even been dubbed a “prophet of the Trump era”.

Huntington argued that American history is driven by periodic episodes of social and political upheaval. These moments of what he called “creedal passion” occur roughly every third generation, as movements emerge to challenge and reform institutions so the country better lives up to its ideals. Such cycles are the wellspring of America’s fabled capacity for self-correction and renewal.

Huntington dated the first cycle of upheaval back to the 1770s Revolutionary period, followed by the 1820s Jacksonian revolt, the Progressive Era of the 1890s, and the 1960s civil rights movement. He then predicted the next upheaval would hit in the second and third decades of this century.

He was right. But is this cycle different? Even Huntington seemed to lose ‘hope’ in his final 2004 book, Who are We? which argued that the ideology of multiculturalism and Latino migration were challenging the Anglo-Protestant values on which the US was built.

More recently, writer David Brooks has blamed excessive individualism and a collapse in social trust for America’s ills, asking if the US is living through a  “pivot or decline” in a despairing essay on its current convulsions and their climax in the presidential election on November 3.

Yet perhaps one place to look for early signs of renewal is not in Washington but elsewhere. As the former head of Singapore’s foreign ministry, Bilahari Kausikan, noted recently, a great strength of America is that “change comes from the bottom up in the US much more than top down”.

Brooks agrees, drawing lessons from the Progressive era when a civic revival spawned an array of organisations from the Rotary Club to the Boy Scouts that built social trust. The nation then embarked on major political reforms. Whether Americans can “do in the 2020s what they did in the 1890s” remains to be seen. But as US columnist George Will remarked at a recent CIS event, “no-one ever made money betting against the United States.”