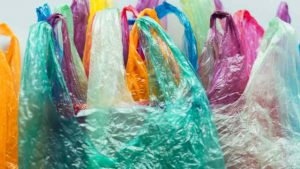 Help me ban a substance responsible for hundreds of thousands of deaths each year! Not exactly the statement you expected from a classical liberal think tank. But since we’re clearly in an era where blanket activism is shouting down sound policy; if you can’t beat them…

The CDC estimates 360,000 people perished last year from excessive consumption of this chemical, while 3.4 million people will pass away from exposure to untreated sources in 2019.

Disadvantaged countries are most at risk of death, unable to defend against its unrelenting nature.

The United States is the third-largest user. But in assessing the massive risk our planet faces from the chemical, you should be aware that China, India and Brazil are all in the top five users and distributors.

All those negative facts and figures will be useful in our activist campaign for a ban. It’s the kind of angle to attract the attention of news media addicted to polarised issues.

However — as we see with just about every campaign to ban something — extreme and one-sided viewpoints do not paint an accurate picture in any debate. Where is the civil and considered discussion about trade-offs?

For instance, there are obvious trade-offs when you consider the issue of energy sources. Nuclear will go ‘boom’ if done irresponsibly, wind and solar done irresponsibly leave the poorest without energy and send hazardous rare-earth mining overseas. However, both when done in the right circumstances are a net positive.

Similarly, plastics have been a significant contributor to nearly every field of industry. However, if tossed irresponsibly or burnt in excess, they will build up to create unsavoury living conditions.

Free markets by themselves do not solve inequality (but neither do all other economic systems). When everyone’s talents and skills are stacked up, there will always be those with more, and those with less.

However, freer markets are allowing billions of those with less to gain more increasingly — to transcend daily struggles of survival; finding food, water, and shelter. Even the poorest dealing with inequality, in a free market, have the chance to live better and more fulfilling lives than most of history’s wealthiest in past generations.

Focussing on trade-offs, rather than polar negatives and positives is needed in this time of forgotten nuance. Emphasising the massive positives, while responsibly acknowledging the faults, will help improve policy.

Next time hazard warnings of plastics, nuclear, wind or capitalism come up — think about trade-offs.

Oh, and that chemical I wanted your help banning? It’s commonly known as water.