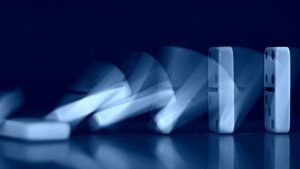 An important rule of politics is the law of unintended consequences. Implement hasty and radical policy and you will almost surely realise you’ve created many things you did not intend to create. Progressive governments here and abroad are especially susceptible.

This has been certainly true of several welfare programs, which left us with a backwater of side effects – dependency, illegitimacy – from which we have yet to recover.

Labor’s pink batts fiasco in 2008-09 is another example: a worthy home-insulation program turned lethal. So too was Kevin Rudd’s decision to dismantle the Howard government’s Pacific solution: it led to an influx of 50,000 boat people, including 1200 deaths, not to mention diminished public confidence in Australia’s immigration system.

This is not an argument for doing nothing, but it is one for doing things experimentally. Subject your idea to rigorous scrutiny and review the evidence before you inflict it on the entire nation.

True conservatives recognise the virtues of prudence, scepticism concerning sweeping ambition and the dangers of hubris. Yet conservative governments are sometimes unaware that big policy changes are fraught with the danger of unintended consequences.

The Bush administration’s decision to invade Iraq, for example, was motived by a noble impulse to topple a brutal tyranny, but it created chaos and bloodshed across the Middle East and led to the rise of Islamic State jihadists. In Britain, many Tories fret that the price of Brexit – if they win a parliamentary majority on December 12 – could be the break-up of the United Kingdom.

Today in Australia we are witnessing a striking example of how a conservative government is unaware of the unintended consequences of even noble political campaigns.

A recent case in point is the foreign interference legislation. Ostensibly introduced to guard against nefarious foreign influence undermining our democracy, the laws have not turned out the way its architects had imagined. Last weekend, The Australian revealed that (of all people) Tony Abbott had been targeted as an agent of foreign influence. According to the overzealous bureaucrats, the former prime minister’s crime was to address the US Conservative Political Action Conference in Sydney in August.

Those who voted for the foreign influence laws two years ago are rightly miffed: a former PM’s call for the need for civility in politics at an American public forum is hardly more threatening than any attempts of Chinese Communist Party agents to influence Australian politics and campus life.

The foreign interference laws should be revised, but the federal government could also be more circumspect about two other recent policy proposals.

One is the proposal to ban cash transactions above $10,000. Canberra says the bill will reduce tax evasion and money laundering. However, as several Coalition MPs and business groups warn, the legislation would do little to combat black market activity. At the same time, it could impose more government red tape, increase business costs and restrict basic rights.

Another example of hazardous public policy is the PM’s planned crackdown on environmental activism. Scott Morrison’s concerns, backed by federal and state Labor figures, are entirely justified: under no circumstances should hard-left climate-change protesters injure police, vandalise property, delay construction of infrastructure or cost other Australians their jobs.

However, Canberra would be better off enforcing present laws to stop street violence rather than drafting new laws to ban protesters from boycotting companies.

Would a party of free speech and free choice really support a law that bans organising a boycott? When Ben & Jerry sponsored anti-coal campaigns in 2017, at least one LNP MP, George Christensen, called for a boycott of the leading US ice-cream brand. What’s good for the goose is also good for the gander.
Parliamentary drafting is a vital art. Radical, hasty plans to change the nation are something any government does at its own peril, and everyone else’s. The best way to control unanticipated events is have Canberra do as little as possible. The lesson: policymaking should be conducted with a bit of humility.
Tom Switzer is executive director of the Centre for Independent Studies and a presenter at the ABC’s Radio National.