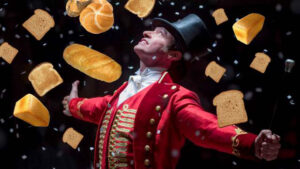 We are in the middle of a very much delayed state and territory budget season.

When fiscal discipline is thrown to the wind, there can be something for everyone — as was the case in this week’s ‘bread and circus’ budget from New South Wales.

Vouchers for every adult resident of the state to spend on meals out and entertainment; another year of free pre-school; free tutoring for school pupils; grants for businesses; and so on down the list of goodies.

Mixed up with all this was the tantalising prospect of a worthwhile tax reform — replacing the property transactions tax (stamp duty) with a property value tax. But that is a project that has a very long way to run.

What the Treasurer did not shout from the rooftops is the fact that all the largesse in the 2020/21 budget is being delivered with money borrowed on behalf of the recipients — the taxpayers of NSW.

The principle of borrowing to build or buy long-lived and productive assets has long been accepted. Borrowing to pay recurrent expenses is another matter. Running a surplus of  revenue over operating expenses used to be a line in the sand that state governments dare not cross — or only rarely and to a very limited extent.

This measure of fiscal responsibility has been discarded in the coronavirus pandemic. Indeed, one metric of the laxity in public finances today is the proportion of operating (recurrent) expenses financed by borrowing. Before last year, that had never been more than 3%. This year it is budgeted to be a remarkable 16% ($16 billion).

On another metric — net debt as a proportion of a year’s operating revenue — NSW is heading for the previously unthinkable level of more than 100%.

To be fair, state governments have faced an avalanche of unexpected expenses and revenue losses owing to the pandemic, and in the circumstances it would have been impossible to avoid an operating deficit and increase in debt of some magnitude.

But this could have been carefully managed or it could have been made worse by discretionary expenses that are avoidable, wasteful and in the ‘bread and circuses’ category.

Unfortunately, the NSW government — and other state and territory governments to varying degrees — have opted for the latter.