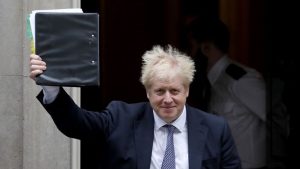 The British Commons has finally approved Boris Johnson’s Brexit deal, but declined to approve its timetable, so Brexit still hasn’t climbed entirely out of its turbid mess.

You might begin to wonder whether this is exactly what parts of the British establishment really want.

Surprised by the 2016 referendum result and the continuing popularity of the Brexit cause among ordinary Britons, an unholy cabal of British MPs, liberal media, and the courts have succeeded in organising themselves into an effective wall of opposition against any plan to have Britain leave the European Union.

If there is any silver lining to this, it is that no one can doubt any longer where the loyalty of this cabal really lies — and it’s not with the British people.

The political divide in Britain — reflected elsewhere in the West — is no longer between the Right and Left, but rather between democrats and the new aristocrats — ‘expertocrats’ if you will.

Expertocrats believe that ordinary people ought to be ruled by their betters — ‘experts’, academics, and other technocrats with suitably impressive trails of letters after their names — and the role of Parliament is to act as a conduit for the dictates of these enlightened beings.

Democrats, on the other hand, believe that ordinary people are capable of ruling themselves, and that the role of Parliament is to give legal effect to their will.

The contest between expertocrats and democrats has had a debilitating effect on the British system of government, which comprises institutions whose trustworthiness and authority were established through the prudent exercise of public power over many centuries.

The British establishment — increasingly infested by expertocrats whose political ambitions far outstrip their concern for the public — has now used the democratic prestige of these institutions to further a naked political agenda: Stop Brexit at all costs.

This is both tragic and revealing.

Tragic, because the very institutions whose purpose was to serve the British people — the Parliament and the courts — have been turned against them in what seemed their moment of victory.

Revealing, because it shows why expertocrats are so rabidly opposed to Brexit. And the reason has very little to do with feigned concerns about the Irish backstop or trade rules —

It is because the EU is the archetypal expertocracy.

The EU is a massive sinecure for British politicians and civil servants, who can vanish into its murky bureaucratic waters, only to surface years later as highly paid mandarins in obscure European commissions whose duties usually involve a lot of international travel.

Like the titles granted by feudal lords to their loyal subjects, plum EU postings are the peerages of the modern expertocracy — honours not lightly cast aside.

The longer Brexit negotiations drag on, the more the EU reveals itself as the stifling Byzantine monstrosity it is. Meanwhile, in its endless and deliberate prevarication over Brexit, the British expertocracy cements its allegiance to its maleficent foreign benefactor and thereby repudiates its democratic mandate.

The relentless efforts to thwart Brexit show that in ‘Freedom’s Own Island’ — as Arthur Bryant dubbed it — the flame of democracy burns low.