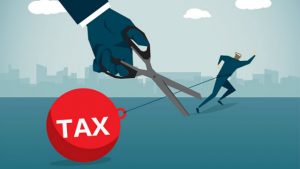 Dynamic modelling of the new tax changes proposed in the 2019/20 budget shows the government should bring forward their long-term tax cuts. Our modelling, published in the paper Budget 2019: Why the long-term tax cuts should be fast-tracked, shows the government is incorrect to estimate that the proposed new tax changes will cost the budget $158 billion over the next 11 years.

This estimate is based on static analysis, so it is almost certainly wrong. We have instead used a dynamic tax model that factors in behavioural changes.

This applies an elasticity of taxable income to estimate the direct link between tax rates and the tax base, which allows for more accurate estimates of revenue changes, the efficiency cost (deadweight loss) from tax, economic output, and consumer wellbeing.

The model estimates that the proposed tax changes will, in fact, cost the budget only about $122 billion over the next 11 years.

One of the consequences is that taxpayers have an increased incentive to earn and report taxable income, which helps to offset the cost of the tax cuts.

The table below highlights the difference between static and dynamic tax modelling. In particular, the static approach to tax modelling overestimates the revenue impact of cutting the marginal tax rate by as much as 50% (from $66.8 billion up to $101 billion). Dynamic analysis shows that tax cuts are actually more ‘affordable’ than previously understood.

Dynamic tax analysis also reveals the crucial difference between the short-run tax changes done through LMITO and the long-run tax reform. The focus of the LMITO(Low and Middle Income Tax Offset) discussion has been on the $1080 benefit received by taxpayers who earn between $48,000 and $90,000 per year, but from an economic perspective, the important issue is how the LMITO impacts on marginal tax rates — and that is a mix of good, bad, and irrelevant.

• The good news is that the marginal tax rates for people earning between $37,000 and $48,000 have been decreased by 4.5%, from 33% down to 28.5%, improving the incentives for those workers. While this is worth celebrating, it should be noted that low-income earners tend to be less responsive to tax changes; so the benefits will be small.

• The bad news is that the marginal tax rates for people earning between $90,000 and $126,000 have been increased by 1.5%, from 40.5% to 42%, creating worse incentives for those workers. These workers are relatively more responsive to tax changes, so it is possible this cost may completely offset the above benefit.

• Workers earning between $48,000 and $90,000 will receive the full benefit of $1080. While this certainly gives them a personal benefit, the LMITO changes do not change their marginal tax rates, which means they have no incentive to earn and/or report more income.

The net outcome is uncertain, but it’s unlikely that the LMITO changes will have any net benefit on the economy. The recipients of the $1080 will certainly benefit from that money, but from a national perspective, the LMITO changes do little to improve productivity, output, or growth.