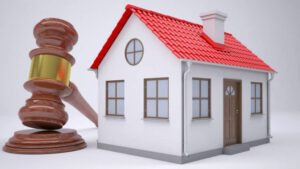 Despite popular hysteria from talking heads, we’re not in the midst of a housing bubble.

Yes, property markets are buzzing — with many bullish reports on sales and volumes. Prices are growing at the fastest rate in 17 years – 2.1% in March nationwide – and Sydney has seen a 1.1% increase in the last week alone.

And volumes are apace too. Sydney’s auction market has seen unprecedented levels of resilience, with an auction clearance rate of over 80% for the sixth week in a row. Compare this to the 69% clearance rate in February last year or the 52% in February 2018 and soaring demand becomes evident.

But alarmists are wrong to call it a bubble; for two key reasons.

Firstly, there’s no reason to believe prices are out of step with fundamentals. The combination of record low interest rates, high household savings¸ and a slew of government incentives have fuelled demand. This confluence of factors means house price climbs are perfectly justifiable.

There is also little evidence borrowers are at high risk of defaulting. The RBA’s Financial Stability Review shows that mortgage holders are no more leveraged that normal — as it says: “almost all households with a mortgage remain well positioned to service their debt.” And APRA’s tightening of lending standards has curbed risky housing loans.

It is the ability to service debt, not house prices per se, that signal a housing crisis. We should keep a watchful eye on indicators like lending regulations and leverage ratios before we become too hysteric about nominal prices and rising demand.

In any case, worries of a bubble are ahistorical. People have cried wolf on Sydney prices for decades. For instance, economics commentator, David Llewellyn-Smith, this month claimed we’ve been in a property bubble since the Howard government.

Though it’s understandable to be concerned about a price bubble, current fears are overblown.

A booming housing market should be welcomed, not feared.