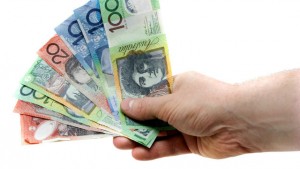 Australia’s tax debate needs a reset. The government’s recent tax reform is to be commended but it was based on flawed Treasury modelling that ignored productivity and over-estimated the budget cost of tax cuts by $90bn.

Both sides frame their argument through the prism of stimulus. This is a mistake.

While it is true that tax cuts provide a fiscal stimulus, that is not the best reason for cutting taxes. Indeed, fiscal stimulus is mostly irrelevant for a small, open economy such as Australia.

The real reason for cutting taxes is that it improves the incentive to work, save, invest and innovate, and therefore helps boost productivity.

The Australian tax debate has been depressingly silent about the issue of productivity.

Treasury’s analysis is particularly unhelpful. Its static tax modelling assumes that people don’t respond to incentives and therefore there is no link between tax policy and productivity.

Even advocates of tax cuts too often couch their arguments in the language of stimulus instead of productivity.

When it comes to productivity not all tax cuts are created equal, and dynamic tax analysis helps to differentiate between the good, bad and ugly. The government’s income tax agenda is a perfect example. Its tax policy comes in two stages: the short-term changes done via the low and middle income tax offset; and the long-term structural changes scheduled to start in 2022 and 2024.

These two stages represent fundamentally different types of tax policy and they have very different impacts on productivity. But this point is all but missing from the public debate.

Recent dynamic tax modelling — released last week by the Centre for Independent Studies — shows that the LMITO policy actually decreases productivity and economic output, while the structural tax cuts will increase economic efficiency by $13bn a year and boost economic output by $36bn every year. (The LMITO tax offset has a negative impact on productivity because, while it offers a personal benefit, the efficiency cost of later withdrawing it exceeds the efficiency benefits from introducing it).

Both types of tax cuts give a direct financial benefit to taxpayers, but only the structural tax cuts will boost national productivity and economic growth.

This is important information, but it has been mostly hidden from the public debate.

This difference between the tax policies has important implications for revenue. The inefficiency of LMITO means that it will likely cost 10 per cent more than expected in the budget.

In contrast, the structural tax cuts help to boost productivity and output and therefore increase the tax base. The increase in the tax base partly offsets the budgetary impact of the tax cuts.

Treasury’s flawed tax model misses this important point and so it over-estimates the budget cost of the tax cuts by $90bn, as shown in the table.

Australia deserves a better quality of tax debate, one focused on productivity and informed by proper tax modelling.

We would do well to learn from the example set by the British Treasury, which has provided public dynamic modelling of income tax changes.

Their work helped to inform the public debate and led directly to more efficient tax policy.

The US bureaucracy also has introduced a modified version of dynamic tax modelling. The Australian Treasury has some catching up to do.

Static tax modelling can lead to bad advice, and the danger of bad advice is that it can easily lead to bad policy. The government’s tax agenda is not bad policy but it can be improved.

When the government passed its 2018 and 2019 tax cut legislation it did not have an information on the relative efficiency of the different tax policies and it had grossly exaggerated estimates of revenue impact.

Given the updated results from dynamic modelling, the government should add a third round to its income tax agenda by scrapping the LMITO and bringing forward the structural tax reforms to start next year.

Not only would that be good tax policy but it also represents much needed micro-economic reform to boost productivity and economic growth.