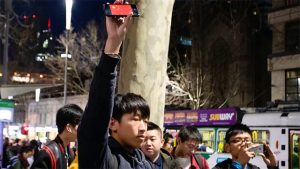 The Solomon Islands recently decided to ditch its diplomatic recognition of Taiwan in favour of China, irritating the United States and ruffling feathers in Canberra. Meanwhile, at Australian universities, academics are increasingly cautious about saying anything that might offend their increasing numbers of Chinese students. What do these two things have to do with each other?

Lukas Opacic is a Senior Policy Analyst at the Centre for Independent Studies.