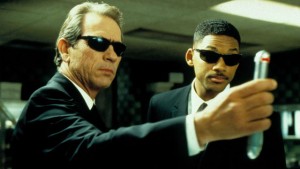 The poll found 58% of Australian millennials hold a favourable view of socialism. This finding might astonish those who were old enough to see the Berlin wall come down.

However, to a politically conscious student at the University of Sydney, it is unsurprising. I am all too familiar with the far-left activism embedded within the education system.

From junior high school through to the HSC and on to university, social science and humanities teachers and academics bombard students with criticisms of western culture, from colonialism to orientalism, to the White Australia policy.

This kind of identity politics is thinly disguised as ‘compassion’ for the excluded and oppressed.

Yet while students are taught about the flaws and failures of western culture under the rubric of intellectual freedom and ‘balance’, uttering fair criticisms of Islamic teachings and history, or highlighting systemic issues in Indigenous communities, is considered bigotry.

And it’s not only high school and university syllabuses that are skewed to the left side of politics. In my experience, the teachers, tutors, and lecturers — whose role is to enlighten our generation — are sometimes further left-leaning than the syllabus.

I’ve heard a tutor explain that conservative political parties only exist to defend the “aristocracy” and another claim the Australian Greens weren’t “radical enough”.

The recent open letter signed by more than 100 Sydney University academics — which was redolent of Marxist analysis and identity politics clichés — rejected the Ramsey Centre’s proposed degree in Western Civilization on the grounds that this would violate “the standing norms of academic independence.”

But when most of the humanities faculties lean left, and some academics are openly hostile to Western Civilisation, talk of academic independence rings hollow.

John-Paul Baladi is an intern in the Culture, Prosperity and Civil Society Program at the CIS.