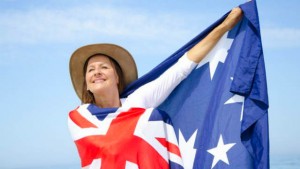 Any sovereign state can decide who it will admit as citizens. The Turnbull government now wants to beef up the test permanent residents must take if they want to become Australian citizens.

The proposed test for which permanent residents will need to take time to prepare is set to include questions about Aussie values as well as English skills.

Some say this will make it harder for some people to become citizens, and that by ‘excluding’ them the Australian government is guilty of xenophobia. But that is an overreaction.

Our open, multicultural society is proof of Australia’s success in integrating people from many cultural and ethnic backgrounds over a long period of time.

We enjoy great cultural diversity in our country and have always resisted any attempt to enforce cultural integration requiring people to forego their heritage.

But social integration is something quite different. Common mores and principles, such as a commitment to the rule of law and the liberty of the individual, underpin our society.

We are also bound together by a common language which enables people from very different cultural and ethnic backgrounds to communicate with one another.

You don’t need to have the linguistic proficiency in English of a Les Murray or a Clive James to be able to take part in Australian society, but you do need some degree of proficiency.

A common language allows for integration in a common society, and helps to overcome the danger of social isolation that can result from not being able to communicate with other Australians.

Social stability depends on us having a sense that we belong together. English is part of the common bond that unites Australians from all walks of life into a country of which we can be proud.

Peter Kurti’s book The Tyranny of Terror: Threats to Religious Freedom in Australia was published this week, and will have an additional Brisbane launch on June 28.