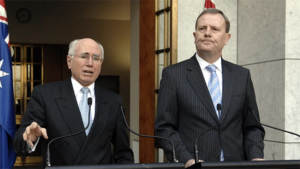 Government-imposed health restrictions have decimated the travel, tourism and entertainment sectors of the Australian economy. Logic suggests that recovery from the flatline caused by this pandemic depends critically on policies that revive the productive heart of the economy – Australian companies.

This contrasts with Keynesian-oriented proposals for more government spending; for instance, on infrastructure.

Mainstream economists strongly disagree about the effectiveness of government spending as a means of boosting the economy to the extent it crowds out other forms of spending, including private investment and exports.

Yet, there is a consensus that higher private investment not only boosts aggregate demand but strengthens economic growth on the supply side via an enlarged capital stock.

Before the pandemic, Australia had been experiencing significantly lower economic growth than before the global financial crisis. Productivity and real wage growth had also been sluggish. A key reason for this malaise was that private investment has been anaemic.

This pre-pandemic decline in private investment had been most pronounced in sectors apart from mining. Lifting private investment would counter Australia’s productivity slowdown from the turn of the century and help restore income-per-head growth to long-term average rates.

A reason why private investment here is worryingly low is because of Australia’s 30 per cent company tax rate.

In a world where the competition for capital remains intense, particularly for large companies (many of which are branches of multinational companies), it is simply too high.

The US and the UK, traditionally Australia’s two main sources of foreign direct investment, have rates of 21 per cent and 19 per cent respectively. The effective marginal tax rate for Australian companies was third-highest out of 74 countries considered by an OECD study in 2017.

Even cutting company tax for large companies from 30 to the 25 per cent rate applicable to small companies would have Australia’s company tax rate significantly above the worldwide average.

The existing government policies of applying differential investment allowances and overall tax rates according to the size of a company simply distort investment decisions and increase compliance costs.

Providing tax relief for business should therefore be central to the federal government’s fiscal response to the COVID-19 crisis as a means of generating jobs and economic growth.

Australia is an open economy and, historically, its domestic investment opportunities have exceeded its available domestic saving (which, as a proportion of GDP, is close to the OECD average). National investment-saving gaps manifest in the external accounts as current account deficits, were matched by foreign investment, broadly defined.

In recent quarters, the heavy fall in investment has given rise to current account surpluses.

These surpluses have been trumpeted as a sign of economic success in some of the media and official circles. What they really show is a worrying development because it reflects less foreign investment.

Foreign direct investment, which is sensitive to after-tax returns, is not to be feared. It should be welcomed because it delivers productivity gains via technology transfer, international management practices and product development. It can also spur greater domestic competition and imitative behaviour by our locally owned firms.

A company tax cut implies reduced budget revenue. However, any revenue fall would be mitigated by the stimulatory effects reduced company tax would have on the broader economy in raising other forms of revenue, including goods and services and personal income tax.

Company tax revenue would likely also rise in the future to the extent that foreign companies, which today are deterred by the existing uncompetitive company tax rate, establish new operations here. Meanwhile, revenue lost due to Australian-based companies choosing to relocate abroad because of the relatively lower tax burden would be curtailed.

Balancing the budget will nonetheless require offsetting cuts to wasteful government outlays on uneconomic infrastructure projects such as high-speed rail infrastructure and subsidies to support a “green economy”. A comprehensive, external root-and-branch review of existing public spending programs at all levels of government along the lines of the Henry tax review should be instigated immediately as a blueprint for public expenditure reform.

Expenditure reduction would counter budgetary pressure caused by company tax relief and also stimulate the economy. It has been forgotten that the only genuine Australian fiscal consolidation episodes in living memory were undertaken by the Hawke-Keating-Walsh and Howard-Costello teams, and that after both, the economy flourished.

Jeff Bennett is emeritus professor at the Crawford School of Public Policy at the Australian National University. Tony Makin is professor of economics at Griffith University. They are co-authors of the Centre for Independent Studies paper, Lower Company Tax to Resuscitate the Economy.