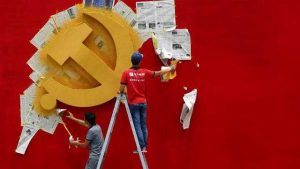 How can a liberal democratic country like Australia engage with an increasingly illiberal and authoritarian power like China in ways that are consistent with liberal norms and values?

Much depends on the health and vigour of our society. This is where domestic and foreign policy meet — and where there’s some important overlap between the new CIS project, China and Free Societies, and the CIS program Culture, Prosperity and Civil Society, which seeks to defend and promote the values and principles that underpin liberal democracy.

We will be more credible in defending liberal values — from external challenges from whatever source — when those values are upheld first and foremost at home. A good example is the censorship at play in the Israel Folau case, which straddles freedom of speech and freedom of religion.

We will also be more credible in promoting liberal principles if the government publicly condemns gross violations of human rights like the Chinese Communist Party’s brutal persecution of Muslim minority Uighurs in Xinjiang. The scale of this persecution — an estimated one million Uighurs have been interned in ‘re-education camps’ — collapses the traditional distinction between interests and values.

The People’s Republic of China (PRC) has already persuaded the United Nations to support its preferred concept of ‘human community with shared destiny’… a markedly different idea to universal human rights. Beijing is also exporting facial recognition technology and other surveillance tools to repressive regimes in Africa and elsewhere. It is building support for its concept of cyber sovereignty, which legitimises internet censorship and control of information within a country’s borders.

While other authoritarian states are also challenging the interests of democracies in the fraying liberal international order, China is the most important because only the PRC has the will, capacity and power to change the international system in ways that could make it more compatible with its domestic political order.