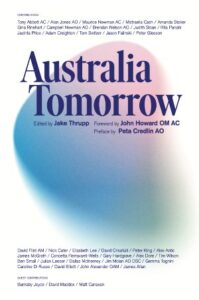 Today, a growing, malignant disease undermines liberal democracy. It has permeated every crevice of our society and is destroying free speech – all roots of classical liberalism. This phenomenon is called cancel culture.

It is a deeply illiberal mindset where you can be vilified, shamed and denied a public platform if your actions or opinions are deemed by others to be morally or politically incorrect. Livelihoods are lost, reputations ruined. Although cancel culture is more prevalent in the United States and the United Kingdom, it is still evident in Australian public life. And liberals – as in both the Liberal Party and classical liberal sense – must stand firm and push back against this dangerous illiberalism.

From public intellectuals to public figures, the “cancellation” entails not just the denial of public platforms to those who refuse to conform to stifling orthodoxies, but also attempts to use social media to seek to remove such people from civilised society and the public consciousness. The movement has led to attempts to erase our history, culture and even elements of language and comedic rhetoric.

Tolerant, civil discourse should be the fruits of a free society and be fiercely defended by genuine liberals.

Truly open exchange of ideas and arguments is fundamental to a healthy, flourishing society. Maintaining a public culture in which freedom and civility can co-exist are principles that must be upheld. A society which shames people into self-censorship, forces mindless groupthink and conformity is not only reminiscent of a totalitarian dystopia but stultifies societal progress and leads to a decadence in our culture.

Disturbingly, the cancel culture campaign is justified in the name of “tolerance” and “diversity”. The activists are supposed to oppose bigotry, yet they impose a new stifling orthodoxy of their own. Cancellers believe they are righting wrongs, stamping out perceived oppression against vulnerable groups and effecting meaningful social change and retribution.

However, as we have seen with social movements, such as Black Lives Matter and the same-sex marriage campaign, intolerance is the key weapon in the armoury of the mob. It is chipping away at the defining elements of our democracy and dismantling free speech and common decency.

During the same-sex marriage debate in Australia, anyone who defended traditional marriage was treated with shock and distaste. Company board members who supported traditional marriage endured a hysterical witch-hunt while a Catholic archbishop in Hobart was accused of hate speech for voicing the church’s scepticism about same-sex marriage. The contorted logic was that if you opposed gay marriage, you must be a homophobe.

In a similar vein, the Black Lives Matter movement in 2020 inflamed the practice of cancellation across the western world. BLM began with laudable intentions of protesting the injustice of black people, such as the murder of Minneapolis man George Floyd. Yet the movement has morphed into a collective effort to defeat all forms of perceived oppression and privilege through ideological conformity and mindless group think.

John Stuart Mill, the great 19th Century British liberal, warned in his famous 1859 essay On Liberty: “Unmeasured vituperation, employed on the side of the prevailing opinion really does deter people from expressing contrary opinion, and from listening to those who express them.”

Mill’s quote exemplifies the mob of cancellers. They strangle debate, kill the ethos of the liberal society, suppress ideas and seek to standardise opinion. Their actions have resulted in the censorship and erasure of our language, history, culture and our sense of national identity.

And indeed, we do not need to look far to perceive the damage that cancel culture has already inflicted on our key institutions. Universities, especially in many parts of Britain and America, have been at the top of the cancel mob’s hit list.

For generations, the university has been a place designed as a crucible of debate and discussion. That meant allowing free-flowing debate and the exchange of ideas in order to acquire knowledge and intellectual substance. Yet many universities across the western world are now at the forefront of restricting freedom of speech. Across America and Europe, for example, anyone with counter-orthodox views about transgender issues, or same-sex marriage, or even aspects of capitalism, is liable to suffer the indignity of “de-platforming.”

The courageous Somalia-born human rights activist, Ayaan Hirsi Ali, was silenced on American campuses for questioning the Islamic treatment of women while social commentator Bettina Arndt was blocked from accessing an Australian campus because she challenged the prevalence of rape and sexual assault incidents against university students. Dissenters to the cancel-culture mob, who are predominantly conservative or classical liberal students, were shouted down or even physically assaulted if they failed to bend to ideological conformity.

Radical leftist orthodoxy has encouraged disgust and frenzy at the thought of western civilisation being taught on campuses. For example, the controversy over the failure of the Ramsay Centre for Western Civilisation to find residency at the University of Sydney showed that some of our higher education institutions are increasingly in the grip of toxic cancel culture.

According to protesting academics at the University of Sydney, teaching students about the rich history of western arts and letters will somehow offend the principles of diversity and inclusion on campus. Student activists argued it sheltered toxic and paranoid prejudices and cast all students of a non-western background as culturally backwards.

On this premise, many of the world’s leading academics, who have taught aspects of this discipline for centuries – theologians, philosophers, classicists, linguists, historians, art historians, musicians and so on – must now be re-labelled as toxic and paranoid, not to mention racist. Cancellers ignore that part of the teaching of western civilisations has been to encourage inquiry into other civilisations. Indeed, anyone who has looked at Persian, Indian, Chinese or Aztec cultures (to name but a few) will have grasped at once their sophistication and complexity.

The woke-style cancel culture attack has also penetrated younger students in primary and secondary schools. The launch of the newly revised national education curriculum demonstrates that factual accuracy has been relegated in the pursuit and vision of a radical social justice.

The draft history curriculum presents the arrival of the First Fleet as an “invasion”, European settlement as “genocide” and substitutes references to “Aboriginal” and “Indigenous” with “First Nations Australians”. It echoes the rhetoric of activists who have attempted to cancel Australia Day as a national public holiday and rename it as “invasion day”.

These proposals are deconstructing and revising our history to teach our young that the British brought violence, racism and slavery to Australia while ignoring its formative role in establishing liberty, democracy and equality as key pillars of our nation. The end game of this will be to breed a generation of Australian students who view their society through a flawed, divisive and socially destructive lens.

In the wake of the Black Lives Matter resurgence in 2020, protestors in Australia took to the streets over Aboriginal Australian deaths in police custody. They sought to remove all symbols and legacies of our past, which they considered to be blemished by colonialism. They defaced and toppled statues of public figures like Captain Cook and Lachlan Macquarie who they considered represented racism and colonialism. Like Pol Pot, with his Year Zero, or Mao Zedong and his Cultural Revolution, they wished to change the past.

Commercial brands, such as Coon cheese and Colonial beer, were also cancelled – the cheese because it unwittingly shared an epithet with a coarse term of racial abuse, the beer because any link between enjoyment and colonialism was deemed inevitably to be wicked and mocking those who suffered from colonialism.

For too many of the present protesters, opposition is not an end in itself, but rather the means to a greater end – the reordering of a political and social settlement accepted by the vast majority of people in Western nations.

Context is irrelevant to these people. Historical figures who had attitudes or performed deeds of which today’s society rightly disapprove are to be vilified and despised, with no quarter given. That is why statues and monuments are being ripped down or defaced around the world. For these people, the purpose of history is not to seek the truth, but to deploy it as a weapon, however crude and distorted, to manipulate the present.

It doesn’t matter how you dress this act up, it is the imposition of the views of a minority of agitators on the rest of society without any attempt at consultation or respect for democracy. Then again, the whole point of being an anarchist is to reject democracy and to seize any excuse to attack manifestations of the establishment – whether they are statues, other monuments or police officers.

Australia’s continent has certainly had distasteful episodes in its treatment of our Indigenous people, especially before our independence in 1901. But name a country whose history has not been plagued by some form of cruelty, abuse of power or ignorance? The fact is that our nation, admirable by almost every international standard, only exists because of James Cook, one of the figures protestors defaced and toppled.

Colonisation of Australia’s land mass was inevitable; and, as John Howard has all too often argued, British settlement was a far better outcome than other possibilities. Think of the English language, rule of law, representative democracy, a free press and a market economy. Context is everything.

History cannot be undone; its legacies are in every society, everywhere. Censoring the past by removing statues, re-naming products or decolonising our curriculum only allows an ignorance of our history, a rejection of critical, reasoned thinking and a sharply polarised society to be propagated. Liberals need to defend civil discourse and free expression if we hope to protect our history and culture.

The cancel culture movement has veered to such extremities that even left-wing radicals like Noam Chomsky and Bernie Sanders are defending classical liberal values of free speech. They have come together with esteemed artists, authors and public intellectuals to sign a letter condemning cancel culture for stifling freedom of expression in journalism, higher education, philanthropy and the arts.

Writing in Harper’s magazine in 2020, the ideologically diverse group said: “The free exchange of information and ideas, the lifeblood of a liberal society, is daily becoming more constricted.” They went on to bemoan “an intolerance of opposing views, a vogue for public shaming and ostracism, and the tendency to dissolve complex policy issues in a blinding moral certainty.” The letter followed former president Barack Obama’s denunciations of “woke” culture and “purity tests”.

The exclusion of views that challenge the consensus can only hurt the activists for the reason John Stuart Mill elaborated: “He who knows only his own side of the case, knows little of that.” Why not, as the Harper’s letter writers put it, try to “defeat bad ideas… by exposure, argument and persuasion, not [by] trying to silence or wish them away.”

Cancel culture is a relentless campaign of ideological conformity. This, more than anything, is why responsible politicians should act to stop this manipulation of our values and the vilification of those whose only offence is not to agree with the stifling orthodoxy. If genuine Liberals, conservatives and classical liberals fail to defend civil discourse and stand up and confront cancel culture when it rears its ugly head, the foundations of democracy risk becoming permanently disfigured. Civil discourse and free speech will become luxuries of the past.

This is Tom Switzer’s chapter from the new book, Australia Tomorrow, edited by Jake Thrupp, with a foreword by John Howard. Other contributors include Tony Abbott, Amanda Stoker, Judith Sloan, Jacinta Price, Alan Jones and Gina Rinehart. For more on the book, read Chris Kenny’s feature in The Weekend Australian. You can order the book from Connor Court.