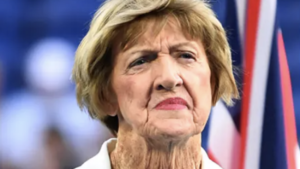 Reserved for ‘eminent achievement and merit of the highest degree in service to Australia’, no more than 35 people in any given year can be nominated for the country’s top gong —  the Companion of the Order of Australia, or AC – making it the nation’s most rare award.

And the country being what it is, we are usually pleased when a sports superstar gets honoured by the nation — although they don’t normally make it into the elite ranks of the AC. Unless, that is, the Council for the Order of Australia and the Governor-General think that the top award is especially well-deserved.

But it seems Victorian Premier Daniel Andrews believes the Council must also seek his approval, judging by his response to leaked news of Margaret Court’s appointment as a Companion in the 2021 Australia Day Honours List. Dan is dead-set opposed to anyone pinning another medal on Court (who was previously awarded an AO in 2007).

Court’s status as a sports legend is well known: the only player ever to win a ‘boxed set’ of 12 Grand Slam titles (women’s single, women’s doubles and mixed doubles at each of four tournaments). And with a total of 64 Grand Slam titles to her name, Margaret Court is considered by many to be one of the greatest tennis players ever.

Court has also been a Christian minister for 30 years. In 1995, she established Victory Life Centre in Perth, part of the international Victory Life organisation. Court’s Victory Life Centre combines worship with teaching and active community service. The church’s mission states that it aims ‘to train an army who know who they are in Christ and who Christ is in them’. And this army is fuelled by a commitment to the Bible as ‘the inspired, authoritative and infallible Word of God’. That means Victory Life Centre, led by Court, bases all it does on what it firmly believes the Word of God tells it to do.

Not all Christians share Margaret Court’s view of the Bible and its teaching. Indeed, since the earliest days of the Church, Christians have fallen out with each other about what they think the Word of God actually teaches. But to say that Court’s take on the way we ought to live puts her somewhat out of step with the secular progressives is an understatement.

The stand that Court and her church takes on a number of issues concerning sexuality pits them against many. On same-sex marriage, for example, Victory Life’s Statement of Faith declares the view that: ‘Marriage, according to Scripture, is between a man and a woman’.

Not surprisingly, Court has been fiercely denounced by the secular Left for such views. The news of her recognition in the 2021 Honours List attracted fire from Labor and the Greens. According to Andrews, her views are ‘disgraceful, hurtful, and cost lives’. WA’s Mark McGowan saw his chance and jumped in to denounce her views as ‘hateful’.

Judging from the denunciations Court has attracted, one could be forgiven for thinking that she must have been advocating slavery, or polygamy, or child marriage, or forced euthanasia for the elderly, the disabled, and the terminally ill. But instead, she has simply expressed her view of what she thinks Christianity teaches about human sexuality.

And, like other religions, some branches of Christianity present their followers with a way of life that often sets them apart from other members of society because of teachings about sexual morality or marriage or the raising of children. Those who belong to other forms of Christianity, or other religions, or who follow no religion, will often opt to live their lives according to other sets of principles.

Court has simply expressed her religious point of view, something she has done consistently for many years. But for the tyrants of tolerance, no point of view or opinion that differs in any degree whatsoever from the established orthodoxies of the progressive Left is ever acceptable. Dissent is to be denounced; and dissenters humiliated and shamed.

Daniel Andrews says he yearns for people to be respectful, respected, and to live in safety; but he refuses to treat someone he deems an ideological foe with respect. Nor does he call for Court to be respected by others. Instead, he invokes the language of hate and warns that failure to heed his condemnation will lead, inevitably, to spikes in suicide.

In response, Court has defended her right to freedom of speech and to freedom of religion but it is already clear that aggressive secularists will not pay even lip service to these fundamental freedoms, dismissing them as a supposed freedom to exclude and vilify.

One of the puzzles of identity politics, obsessed as it is with ‘othering’ people and segmenting society into groups pitted against each other, is that old words are retained but have been hollowed out and new meanings have been inserted. Smuggled in like this, the new meanings become embedded in our cultural, social and political discourse.

This time, it’s Margaret Court’s freedoms that are under mounting attack from the tolerance tyrants; next time, it could well be yours.