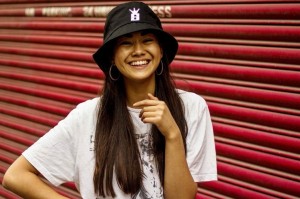 When Smail Ayad, a French citizen of North African descent fatally stabbed Mia Ayliffe-Chung — and Tom Jackson who died later — to the now-familiar Muslim refrain Allahu akbar (God is great), it was interesting to see how quick the police and others were to deny that the attack could have had a religious motive.

Ayad, it seems, had been obsessed with Ayliffe-Chung. Quite possibly he was mad, and it is also possible that he was under the influence of drugs.

But even if all this is so, it does not follow that religious belief played no part in his actions. The causes of human behaviour and its motives are often, indeed usually, mixed.

It is simple-minded to suppose that if he were obsessed with his victim, or under the influence of some drug or other, religion considerations could not have entered his mind as he killed. A drunken murderer is not the less motivated by jealousy because he is drunk.

It is well-known that delusion often takes on the cultural flavour or obsessions of the day. There are no more Napoleons in psychiatric hospitals because Bonapartism is dead, not because delusion has been conquered. I once had two Haile Selassies under my care in the same hospital ward; Rastafarianism was then part of the zeitgeist.

Given the prominence of Islamist notions today, it would hardly be surprising if madmen took it up as a theme of their madness (Islamism seems half-mad, or at least severely irrational, to most of us to begin with). Indeed, it would be surprising if they did not.

The almost immediate denial that Smail Ayad could have had any religious thought in mind as he shouted ‘God is great’ — on the grounds he didn’t have a Koran with him — smacks very strongly of whistling in the wind.