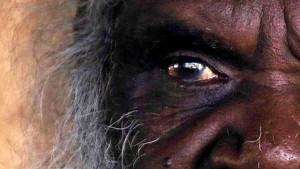 There is a stark contrast between the beauty of the Kimberley and the sense of despair enveloping many of the people living there.

The State Coroner is currently conducting an inquest into the suicide of 13 Aboriginal people living in the Kimberley, including the recent suicide of a ten year old girl from a remote outstation. Ten years ago there was an almost identical inquiry and last year the Western Australian Legislative Committee released a report on yet another inquiry into Aboriginal youth suicide in remote areas.

This report is a damming indictment of government ineptitude. Following the Gordon inquiry into child abuse $72 million dollars was spent trying to implement reforms, however none of this money can be accurately accounted for. According to the inquiry it was deemed “too difficult” to track progress of actions against recommendations so monitoring of the implementation of reforms was abandoned.  The problem is no one organisation or government agency is responsible for achieving outcomes, so no one is held to account, money is wasted and nothing changes.

Much of the discussion of Indigenous disadvantage conducted by policymakers and the media is largely conceptual. The reality of living in the horrible conditions in remote communities is another thing altogether.

I was made acutely aware of these two different worlds, when I visited an Aboriginal community centre in Broome. The centre had recently held an exhibition, “Beyond the Common Gate”, which showed how until as recently as the 1980s Aboriginal people were excluded from entering the ‘common gate’ into Broome unless they had a work permit.

This history of exclusion has continued symbolically with the governments approach to Indigenous affairs. Too many policies and programs have been designed and delivered without engagement with the Aboriginal people they are intended for.

Unfortunately the staff at the Aboriginal community centre were unable to show us around the exhibition as they were preparing for an event with Prime Minister Turnbull on youth suicide. At that event, Turnbull said: “My commitment is to do things with Aboriginal people, not do things to Aboriginal people — we want to work with you“.

Let’s hope this is true.