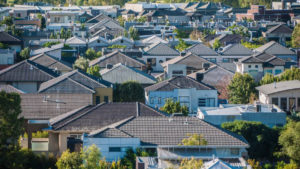 THE move by NSW Treasurer Dominic Perrottet to index real estate stamp duty thresholds to inflation is a small step towards correcting the state’s addiction to a fundamentally bad tax.

But “small” is the operative word — there is so much more that needs to be done.

Two years ago, with Sydney property prices approaching a peak, stamp duty (or what the state calls “transfer duty”) contributed almost $10 billion to the state’s coffers, for the first time overtaking payroll tax as the biggest revenue raiser.

It is now in retreat, down to $7.7 billion estimated for this year, and it will be interesting to see if that figure has to be written down further in next month’s mid-year budget update.

What was originally a tax that only loomed large to a few people — and mainly those in the higher income levels — has morphed into one that heavily burdens even ­average home buyers.

Revenue has multiplied because the stamp duty scales have not been adjusted since 1986, apart from the addition of a higher top rate in 2004.

This has created massive bracket creep as average values in Sydney, for example, have risen at least ten-fold over those 32 years.

The result was once described in federal parliament as “bracket creep on steroids”.

State governments — Liberal and Labor, and in all states, not just NSW — have enjoyed the revenue ride and have never wanted to do anything to stop it.

The flip side to governments’ ­addiction is a steadily rising burden on home buyers.

As values increase but the transfer duty scale remains unchanged, the percentage of stamp duty in ­average values goes up.

State governments have figured out they can get away with this as long as they provide concessions to first home buyers. That might be the politics of it, but the economics are another ­matter.

This tax on buying a home is a major hindrance to people moving to make the most of job opportunities, or just to a place that suits them better (such as the elderly moving from a house that’s too big for them).

Indexing the stamp duty brackets to the consumer price index — as the NSW Treasurer proposes — means the points at which higher duty rates cut in would increase automatically each year without new legislation being required.

As values increase this would slow the increase in duty as a percentage of average values, but it wouldn’t stop it because over time house values rise faster than the CPI.

Perrottet’s plan could be bettered in a number of ways.

Instead of indexing to the CPI, the Treasurer should index to some measure of average property values in NSW.

Also, the thresholds are in need of a major increase right now, before automatic indexation starts next year. Otherwise taxpayers will be waiting years for any real relief.

The $500 initial saving mentioned is nothing against a stamp duty outlay of $34,000 on an ordinary property.

But the really big change Perrottet doesn’t dare mention is switching away from stamp duty altogether and beefing up land tax.

This is advocated by many economists as a boost to tax efficiency and it is being gradually implemented in the ACT. The politics of it are ­another matter.

It would require all property ­owners — including owner-occupiers — to stump up the cash every year to pay land tax in the thousands of dollars on top of their rates, instead of paying a much larger stamp duty once every five or 10 or 20 years (however often they move house).

Economists love the idea because land tax doesn’t distort peoples’ decisions, and it would make for a more stable revenue base for states.

But try selling that in an election campaign.