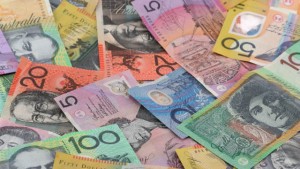 When does the end justify the means? One answer to that question comes in legislation currently snaking its way through the federal parliament that will, if enacted, ban the use of cash to pay bills of $10,000 or more. The bill has passed the House of Representatives but not yet the Senate, and there are reports of concern with it among Coalition ranks.

Any modest member who is concerned is right to be. As is so often the case, this is a draconian measure that sacrifices our economic freedom on the altar of some high-minded regulatory goal. This time it’s to make the black economy, money laundering and tax evasion more difficult.

We should be concerned about such erosion of economic freedom and individual liberty more generally because these are characteristics of the most successful societies and economies. Individuals and enterprises responding to undistorted price signals and low taxation in a setting of light regulation and the rule of law will not only enjoy greater personal fulfilment but also make a greater contribution to a productive and innovative economy.

It is true that the details of the planned cash ban are not quite as lurid as some ‘fake news’ reports suggest. You will still be able to withdraw any amount from a bank account (or deposit it), and the ban will only apply to transactions with businesses – it will not apply, for example, to a cash gift from one person to another. It is also true, however, that some of these let-outs will rely on ministerial regulations rather than the legislation itself – and it’s much easier to change regulations down the track than it is to change legislation.

At least the cap — at $10,000 — is being set high enough that it will not be an inconvenience for many bona fide transactions. However, as there is no provision to index the cap to inflation it will gradually become lower in real terms and therefore more of a constraint on people’s freedom of choice. A future government may also find it likes the cash ban approach so much that it decides to tighten the screwsby lowering the nominal dollar cap.

For these reasons, the current proposal is this may well be just the beginning of a slippery slope to lower and lower caps and ultimately a cashless economy — a ‘big brother’ world in which the anonymity and privacy of cash are lost forever.?