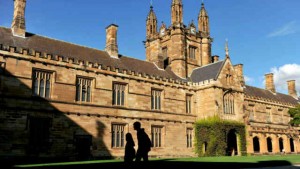 Australia isn’t the only country exposed to a novel coronavirus recession in China. The COVID-19 epidemic is first and foremost a human tragedy, but it also has raised fears about the performance of the Chinese economy and everyone who supplies it. China is Australia’s No 1 export market. If iron ore is what you have to sell, China is buying. That makes Australia’s economy almost as vulnerable as its public health.

But not only Australia’s. Scan the list of other countries that rely on China as their No 1 export market, and there are several that are even more exposed. International pariah North Korea sits at the top with 91 per cent of its exports going to China, with landlocked Mongolia (76 per cent) in second place. Landlocked Laos (58 per cent) runs a distant third. You have to feel sorry for these poor, underdeveloped countries living in the shadow of a totalitarian police state such as China. Maybe not too sorry for North Korea.

Rounding out the list of China-dependent countries is Australia, with 35 per cent of its exports going to China. More than two-thirds of Australia’s mineral exports go to China, along with more than a quarter of its agricultural products and a third of its wine. New Zealand has 24 per cent China exposure, powered by milk, butter and cheese.

The COVID-19 epidemic has the potential to hit China-bound exports hard. Commodity exports are likely to track the Chinese economy down by up to 2 per cent in volume — and price drops may be even larger. Australia’s commodities exports are likely to take a 5 per cent to 9 per cent hit in the first half of the year, racking up revenue losses from $3bn to $5bn.

But commodities aren’t the big story. Australia’s mining giants can lose that much in a day’s trading on the metals exchanges and just as quickly win it back. After the crisis has passed, it will be difficult even to identify the impact of the epidemic on commodities exports. The industry is so volatile that the COVID-19 crisis is all in a day’s risk management.

The real risk story is education, specifically universities. English language schools also depend on China, but to a smaller extent than universities, and their rapid enrolment cycles will dampen their COVID-19 losses. Miss the start date for your English language class and there’s always another one starting next week. Miss the beginning of your university term and you’re out for the semester — or the year.

Australia’s universities depend on China for roughly half their international student revenue, and with China contributing one of every 10 university students in Australia last year, the potential losses due to COVID-19 travel restrictions are profound.

The education export sector as a whole stands to suffer $2.8bn to $3.8bn of lost revenues this year because of the travel restrictions, out of total China student revenue of $9.4bn. Most losses will be incurred by universities. Australia’s Group of Eight universities are first in the line of fire. Having grown rich on Chinese student enrolments during the past 20 years, they now must face the music. Had they prudently diverted a healthy portion of their Chinese revenues into rainy-day reserves, they could pay the piper with equanimity. Had they used it to buy insurance, they could dance. But as things stand, the Go8 universities are scrambling to somehow, anyhow, keep Chinese students enrolled. Instead of using the COVID-19 crisis as an opportunity to reduce their China exposures, they are pulling out all the stops to keep their China revenues steaming ahead.

They don’t seem to be asking: is this wise? Australia’s commodities exports may go disproportionately to China, but in reality they are sold into a global market in which China just happens to be the top buyer. Not long ago the top buyer was Japan, and in the near future it may be India. Australia’s Go8 universities don’t just sell to China. They depend on China. And they seem impervious to the lesson that a communist country that imprisons hundreds of thousands of its own citizens in concentration camps, represses seven million others in Hong Kong and routinely spies on the rest may not be the best country on which to depend.

And who comes fifth in the China export dependence sweepstakes? It’s none other than Iran, with 31 per cent of its exports going to China. That’s a far cry from North Korea’s 91 per cent, but with a little luck Iran could overtake Australia this year.