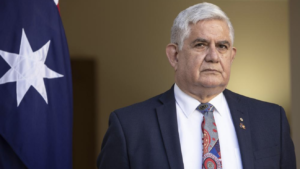 There are glaring problems with Ken Wyatt’s Close the Gap targets.

If you are going to set a (probably unachievable) target to reduce Indigenous incarceration by 15 per cent, then it is absolutely scandalous that you don’t also set one for the reduction of violence against Indigenous women and children.

If we could convince Aboriginal families to act to protect their women we would reduce the jail population by around 50 per cent, according to Australian Bureau of Statistics data on sentences for Indigenous violence, sexual assault and homicide.

Once again the message to the victims is that their black lives matter a lot less than those of perpetrators.

The government of Papua New Guinea has a worse problem then we do, with the majority of women experiencing rape or assault.

But PNG is finally starting to take it seriously and has pledged to take action immediately to reduce violence against women.

Perhaps it’s because they can’t use systemic racism as an excuse or insist colonisation is to blame and take responsibility away from the actual perpetrators.

Perhaps we should ask for their advice.

When the Royal Commission into Aboriginal Deaths in Custody reported in 1991, it found that none of the Australian deaths were caused by the “deliberate violence or brutality by the police or prison officers”.

It also found that Indigenous Australians are incarcerated at about the same rate as other Australians. The problem is out here in the community, not in our prisons.

The systems we have set up to protect Indigenous children and our schools have failed disastrously. In the name of preserving culture we, too often, send grossly neglected and abused children back into the situation where they are abused and neglected.

The target of reducing by 45 per cent the number of Indigenous children in care does not address this problem.

Our kids have been allowed to self-determine not to attend school.

We have been so concerned with preserving language and culture we have neglected to teach some of the most linguistically talented people in the world the national language so they can speak for themselves, instead of having to rely on ‘peak bodies’.

We have failed to teach the principles on which our free and open society is based so they have become susceptible to the most shallow and self-destructive nonsense sprouted by the latest protest movement to come out of America. We have not given them the means to deal with the world they are a part of or to benefit from the riches of the wider society and economy.

Like Joint Council on Closing the Gap co-chair, Pat Turner, I don’t want to see continuing investment in dud organisations,

But this should include the dud Aboriginal organisations that have been taking government funds for four decades but not doing the job.

What have our Indigenous community leaders been doing for the 13 years during which the targets were not achieved?

Why aren’t they taking the lead in the protection of our most vulnerable?

Why are we so reliant on government to fix our problems for us?

At no point has economic independence been addressed as a target. It is an oxymoron to suggest, as Turner has, that tackling welfare will be done through funding Aboriginal peak bodies to employ Aboriginal Australians. Funding these bodies created another form of welfare at a bureaucratic level.

Only with these factors can Aboriginal people truly be able to take advantages of the riches of our economy. Jobs create dignity which leads to safer households and respect for education.

We must take responsibility at the family and individual level.

Wearing T-shirts and waving placards, bussing down to Canberra and demanding to be heard when you’ve got nothing worthwhile to say, railing against like an imaginary ‘systemic racism’ will not achieve anything.

Demanding that whitefellas kneel and beg forgiveness for being white will achieve nothing except resentment.

Acting within our own families, making sure our kids get to school and a real education, doing worthwhile work, treating our loved ones with respect and love, protecting the loved ones of others from violence will achieve all the targets.

The final statement in the 1991 Commissioner’s report is the one most ignored: There is no other way. Only Aboriginal people can, in the final analysis, assure their own future.

We are as capable as any other people in the whole world to solve our own problems, to protect our own.

To say otherwise is simply racist.