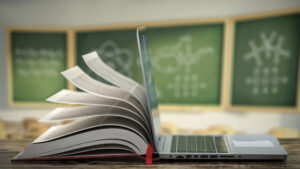 It is 10 years this week since the release of David Gonski’s landmark report into school funding. The report and its recommendations have cast a decade-long shadow over education policy and politics. Sadly, Australia’s education system is no better off, with slumping student results and little regard for how funding is spent.

A milestone of the Gillard government, Gonski’s inquiry provided the most substantial reform to school funding since the 1970s.

But its enduring legacy, unfortunately, has been to denude education policy to a matter of quantity of funding promised, not quality of education delivered.

The bipartisan commitment to a school spending spree ever since has been matched with little scrutiny of how resources are used. “Giving a Gonski”, as it were, has become the sole barometer of educational success.

And since implementation, inputs to schools certainly have increased. Annual school spending is more than 40 per cent higher than when Gonski funding kicked in. We have among the fastest growing and highest levels of school funding in the developed world.

It’s now beyond any doubt that Australian school systems have the resources to be among the best in the world. But despite the influx of inputs, outcomes haven’t seen the desired improvement.

Record funding in schooling has coincided with record Australian declines in student achievement. Australian student achievement has declined more steeply and consistently than that of any other OECD country, other than Finland. NAPLAN results have not made any dent in achievement gaps suffered by disadvantaged students. And academic standards – especially for school-leavers – have weakened rather than strengthened.

But coming to terms with the failure to translate more educational inputs to better outcomes should not be an exercise in finger-pointing, reflexive point scoring or penny-pinching.

On the contrary, Gonski’s anniversary offers an opportunity to constructively consider how we can make smarter investments into Australian schooling. We should start with evaluating what didn’t work, and then considering how to do it better.

That is essential if policymakers are to deliver an educational turnaround and to prevent results being in a worse situation another decade.

The issue has always been how, not just how much, funding is spent. More funding and more pay for our teachers have always been key to the Gonski goal. It has provided more teachers, higher pay and an army of additional support staff in schools.

Hiring more teachers has resulted in fewer students per teacher than ever. But this has not been a smart investment. Decades of evidence show smaller classes are expensive and don’t mean higher-achieving students.

Rather than pursuing smaller classes, slightly larger classes can be accommodated. In exchange, this could free up more opportunities for teachers to work alongside the best in the business.

Mentoring, role modelling and working shoulder to shoulder with highly effective teachers will help more to better hone their craft.

While there may be more teachers in the school system now, they’re not necessarily any better prepared for the classroom. Too many teachers don’t get sufficient training in evidence-based practice. If they’re not given the tools to be effective, then an extra – even infinite – number of teachers won’t add up to better results.

But ensuring all incoming teachers are better trained and helping existing teachers to upskill is an investment worth making. For some teachers, this means abandoning practices that have been shown not to work. For others, it will be adopting new practices they weren’t taught to begin with. Helping schools identify evidence-based approaches and rolling them out in schools is relatively low cost and is certainly high reward.

While there has been more pay for teachers, it has not been well directed. Teachers’ pay remains mostly a matter of tenure and credentials, with little or no relation to performance. That’s despite consistent evidence that more experience and higher degrees have no relation to how effectively teachers perform.

Most Australians would like to see top teachers earning top dollars. Ensuring that our school systems provide performance management that matches basic professional standards will help make teaching a more rewarding and attractive profession. And aligning recognition with teachers’ effectiveness will help keep our best teachers at the chalkface.

Sadly, Gonski has been politically divisive and has made little headway in raising educational excellence and reducing educational disadvantage. These remain goals worth pursuing, but we must accept that business as usual will not result in a smarter Australia. It will take more than just “giving a Gonksi” to see consistent improvement to the nation’s education system.