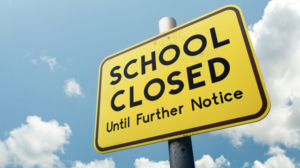 Australia has ‘passed the COVID-19 test,’ according to Scott Morrison. And now with Victoria and Queensland celebrating weeks without a local case, Australians are jubilant — especially compared with countries like the US, which added a million new cases in five days.

Based solely on these numbers, Australia appears to be the gold standard in fighting coronavirus. And popular opinion insists that case numbers and deaths are the only metrics used to judge whether coronavirus measures have been successful or not.

However, when you look beyond the health figures, Australia’s response to COVID-19 was deeply flawed when you analyse what the government did and why.

Australian governments made four serious errors: They failed to justify the introduction of draconian restrictions; failed to articulate an exit strategy; failed to consider the negative impact of restrictions; and confined decision-making to small, opaque groups.

First, restrictions were justified mostly on shaky grounds. Scott Morrison warned restrictions could be increased if “social distancing measures [were] not adhered to.” And health bureaucrats supported additional restrictions to “enforce the new way of life…and to adapt the community mindset.”

Although such statements seem innocuous, they are alarming. Governments chose to browbeat Australians into following new — and continually changing — public health orders that included closing ‘non-essential businesses’, limiting whom we could have in our homes, stopping people sitting on park benches, and issuing hefty fines to rule-breakers.

In a fast-moving situation such as a pandemic, policy decisions are going to be made with imperfect information, and mistakes will be made when governments act quickly. However, even in a crisis, government actions need to be constrained by the norms of liberal democracy.

Decisions always need to be proportionate and must protect not only at-risk groups but also, to the extent possible, individual liberty.

These are not theoretical principles necessary for good governance; they actually form part of the federal government’s guidelines for responding to a pandemic.

But the response to COVID-19 was indiscriminate and inflexible. Victoria’s response to an outbreak caused by their failed hotel quarantine scheme is the most obvious example. Rather than focus efforts on protecting the most at-risk in the community, the Andrews government introduced the harshest coronavirus measures Australia had seen.

Many might argue this was necessary because of the scale of the outbreak. But Victoria introduced curfews and yet, initially, approved the Cox Plate to be run with 1250 attendees. Decisions were often incongruous, and leaders could not properly articulate why they were necessary to stop the virus.

Second, governments introduced, and rapidly increased, restrictions in March without any idea of how or when controls would end. In April, in response to questions about an exit strategy, Deputy Chief Health Officer Nick Coatsworth said, “…it would be — no option on or off the table at the moment.” And Chief Medical Officer Brendan Murphy was warning we would “need to change the way [we] interact permanently. Permanently.”

Originally, we needed to stay locked down to ‘flatten the curve.’ Then we were told easing COVID rules could happen if we downloaded the COVID-Safe app – which has proven an utter failure. Then we were informed opening back up would risk a second outbreak because we were “victims of our success” and “nowhere near that concept of herd immunity.” Whatever happened, the goal posts for lifting restrictions kept shifting.

Third, governments introduced restrictions without knowing or considering potential impacts on the economy or mental health. Regardless of whatever good economic news there will be next year, as of November, the unemployment rate had reached 7 percent.

Those currently out of work may take considerable time to find meaningful employment and, as history shows, economic downturns have a detrimental impact on mental health. During the Great Depression, for example, the male suicide rate peaked at 28.1 per 100,000.

Finally, decisions made during the pandemic were not properly scrutinised. The formation of a National Cabinet; the shutting down of parliament; the reliance on a small group of experts; and the lack of transparency around information — such as virus modelling — all point to a troubling lack of respect for democratic accountability.

A recent Senate interim report on delegated legislation raised concerns about the lack of parliamentary scrutiny around much of the legislation passed, under the Biosecurity Act, in response to COVID-19.

The Senate report was concerned about the number of legislative instruments that were exempt from disallowance, as preventing disallowance “significantly limits parliamentary oversight of delegated legislation.”

Defending the secrecy, inflexibility, and coercive nature of the COVID-19 response as necessary because our leaders were ‘listening to the experts’ and ‘following the science’ is not good enough.

In a liberal democracy, it is up to our elected leaders to consider a variety of opinions, evidence and weigh the advice against trade-offs.  No matter how relieved we are at our current situation, we must not stop questioning the policy response.

A crisis does not mean you can jettison every principle of a liberal democracy — then declare ‘victory’.

Monica Wilkie is a Policy Analyst at the Centre for Independent Studies, and author of Victims of failure – how the COVID-19 policy response let down Australians.