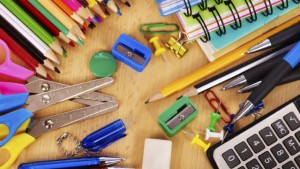 We all know the school stereotype. Government schools are full of disadvantaged students and struggling for money, while overfunded wealthy independent schools receive taxpayer money they will just spend on fancier swimming pools.

This is a myth.

Around 500,000 students in government schools are from the top 25% of SES — more than the total number of students from this category in independent and Catholic schools combined.

This challenges an unquestioned, unjustified assumption at the heart of school funding in Australia: universal free public schooling must continue.

In contrast, low-income parents in low SES areas — where government schools tend to perform much worse — have to make significant financial contributions to send their children to a non-government school if they are (understandably) not satisfied with the quality of the local government school.

Sure, the underlying long-term issue is the inconsistent quality of schooling, but in the meantime parents in low SES areas are unfairly disadvantaged.

Of course, there is nothing wrong with the government school system catering for students from all SES backgrounds. But why shouldn’t schooling be means-tested like most other government services? Surely millionaires can pay for their children’s education without the assistance of the taxpayer?

It is unnecessary to constrain government schools from receiving significant and compulsory contributions from high-income parents. This means much more taxpayer funding than needed is spent on many government schools.

Let’s end the façade that all government schools have no capacity to charge fees and are in desperate need of taxpayer funding. State governments should seriously consider charging school fees for high SES parents.