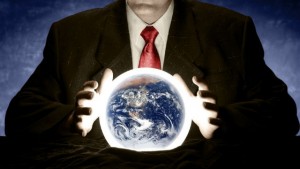 How often do you hear about the “rules-based international order”? It just rolls off the tongue and grabs headlines, doesn’t it? But that was not always the case.

Do a Factiva search of the three main newspapers in the US, Britain and Australia: The New York Times, The Washington Post, The Wall Street Journal; The Daily Telegraph, The Times, The Guardian; The Australian, The Sydney Morning Herald and The Australian ­Financial Review.

The logic is clear. Western journalists, scholars, politicians and policymakers all too often refer to the rules-based international order because its demise is blamed primarily on Trump’s “America first” agenda. By raising tariffs, weakening alliances, withdrawing the US from international agreements and supping with the devil — from Kim Jong-un at Singapore to Vladimir Putin at Helsinki — the US President has left a void in world leadership. As a result, he has undermined faith in the open, free international order of the post-Cold War era.

It’s a reassuring argument. For if almost everything is the fault of Trump, the problem is temporary and can be fixed. However, it’s an explanation that distracts us from contemplating more uncomfortable possibilities, ones that may cast doubt on deeply held convictions about international relations since the fall of the Berlin Wall.

For there are several fatal flaws that have helped undermine the effectiveness of the rules-based order so beloved by the foreign policy elites. Here are four of them.

It was widely held that democracy was the wave of the future. With the collapse of Soviet communism, it was assumed there was no viable alternative to liberal democracy: it was “the end of history”, in the fashionable phrase of the day. Almost every nation was bound to become a liberal democracy. It would be relatively easy to create a liberal international order because spreading democracy would meet little resistance.

In 1987, according to leading human rights watchdog Freedom House, 34 per cent of the world’s nations were free. By 2007, that rose to 47 per cent.

But in the past decade the number of liberal democracies has been declining. Indeed, some leaders today, from Turkey’s Recep Tayyip ­Erdogan to Hungary’s Viktor Orban, champion illiberal democracy.

To the extent this trend continues, it will be difficult to create a world in which almost all nations are liberal democracies.

The second illusion of the post-Cold War era was that nationalism was a thing of the past. Some pundits even proclaimed the end of the nation-state. However, as the populist explosion across Europe shows, national identity remains a powerful force. Because nationalism is all about self-determination, it does not fit with a situation where international insti­tutions — from the EU to the World Trade Organisation — make policies that have a profound effect on their member states.

No wonder most British citizens voted to leave the EU in 2016: they felt their nation had surrendered too much power to Brussels and it was time to reassert British sovereignty.

The third illusion of the rules-based international order that has been badly damaged is the belief in co-operation among the rival powers.

In the 1990s, it was widely assumed that the more communist China and post-communist Russia integrated into the global economy and became members of international institutions, the likelier they would become peaceful and even democratic.

However, neither China nor Russia has embraced Washington’s efforts to spread the liberal international order. Far from it. Xi Jinping is the most authoritarian leader since Mao Zedong and China is more assertive than ever. Putin is a modern-day tsar who will play hardball to protect what the Kremlin sees as vital strategic interests in its back yard.

For China and Russia, being fully absorbed into the liberal international order means allowing Washington to dominate the system militarily as well as economically and politically. Neither is going to want US military forces in what they deem as their spheres of influence.

In recent years, Beijing’s leaders have sought to create a sphere of influence in East Asia in the hope they will push the US out of the western Pacific, just as the Americans pushed the European powers out of the Western hemisphere in the 19th century.

In 2014, almost three years before Trump arrived in the White House, Putin annexed Crimea (home of the Russian Black Sea fleet) in response to the Western-backed coup to topple a pro-Russian regime in Kiev weeks earlier. After seeing decades of Western expansion to its doorstep, Moscow has been pushed to the point where it is now committed to undermining NATO and the EU.

The fourth illusion of the post-Cold War era was the belief that the US, as the sole remaining superpower, was seemingly invincible. As Charles Krauthammer put it in 1990, the US should “lead a unipolar world, unashamedly laying down the rules of world order and being prepared to enforce them”.

However, in the years since the end of the Cold War, the US has fought seven wars — the Gulf, Bosnia, Kosovo, Afghanistan, Iraq, Libya and Iraq-Syria — and it has been at war for three out of every four years during that period. Wars, by the way, that Trump says he opposed.

Pax Americana, remember, had been waning for several years before Trump’s election. Without an activist and assertive US, moreover, there is no plausible way to uphold the liberal international order. In the domestic realm, it’s a bit like having courts without a police force.

Foreign Minister Julie Bishop speaks for many when she says: “The rules-based order will quickly fray if it is perceived that advantage can be gained by flouting it or working around it.”

However, that order frayed well before Trump. And its underlying problems cannot be fixed.

For all the praise recently lavished on the rules-based international order, our leaders fail to grasp the irrepressible reality of power politics.

Tom Switzer is executive director of The Centre for Independent Studies.